All I want for Christmas is…

…my two front teeth. A song, that for reasons beyond my comprehension, went around my childhood household like a bad smell.

As a child, I think around 9 or 10, I was going down a slide, my best friend at the top with his feet apart standing on the slide, and I'd slide under him, face down. Eventually I clipped his feet, he fell down on the back of my head, and my front teeth met the metal, going down the slide on their own accord.

This is a journey of the last 12 months and my front teef.

Fair warning, this is a) a personal post, b) got some pictures that aren't super pretty to look at!

I had crowns put in when I was 17 - which meant my teeth had fully grown, but I wouldn't be charged as an adult for the dental work. I was actually put under general anaesthetic if you can believe it, and stayed in over night at the hospital. I'm sure it doesn't work that way these days.

Crowns of this sort generally last, I was told, for 18 years. Mine lasted 22 years quite happily. I was 39 when some problems occurred. Frustratingly, there was nothing wrong with my crowns.

I'd noticed my left front tooth was slightly wobbly. I'd had problems years before with small abscess above the tooth but it had sorted itself out by itself. So I visited the dentist.

Wobbly tooth? X-ray scan. Crack in the root. Although the teeth are mostly crowns, they still sit on teeth (though one had the root completely removed, but I can't remember which). The tooth in question had a crack in the depth of the tooth, deep in the gum and the dentist, without question, stated it needed to be removed and it couldn't be saved.

I was referred to a dental clinic which would remove the tooth. The plan was to use a denture in place for around 3-6 months (yeah, that's a long time) and if there was enough bone in the cavity that the tooth was removed from, an implant would be installed. An implant is (as I understood it) where they drill a bolt into your skull, and then they make a tooth that attaches to the bolt. Frankenstein stylee, but in my mouth.

The tooth was removed on the 6 June 2018. It's fair to say that the process is pretty upsetting. I was lucky that extraction was an extremely smooth process and the tooth came out mostly in one piece. I've known others to go through traumatic experiences with extractions. Emotionally though, missing teeth is right up there in my top nightmares.

The picture above is just one tooth (flipped over). I'm guessing the tooth coloured bit is the crown, and the dull colour is the dead tooth under it. The cavity it left was pretty nasty looking (no picture, thankfully).

I did look a bit odd without my denture and certainly I wasn't going outdoors without it. The picture below the denture is in and if I didn't raise my smile too much, it's not noticeable at all. I doubt if many people even noticed it when I smiled properly. 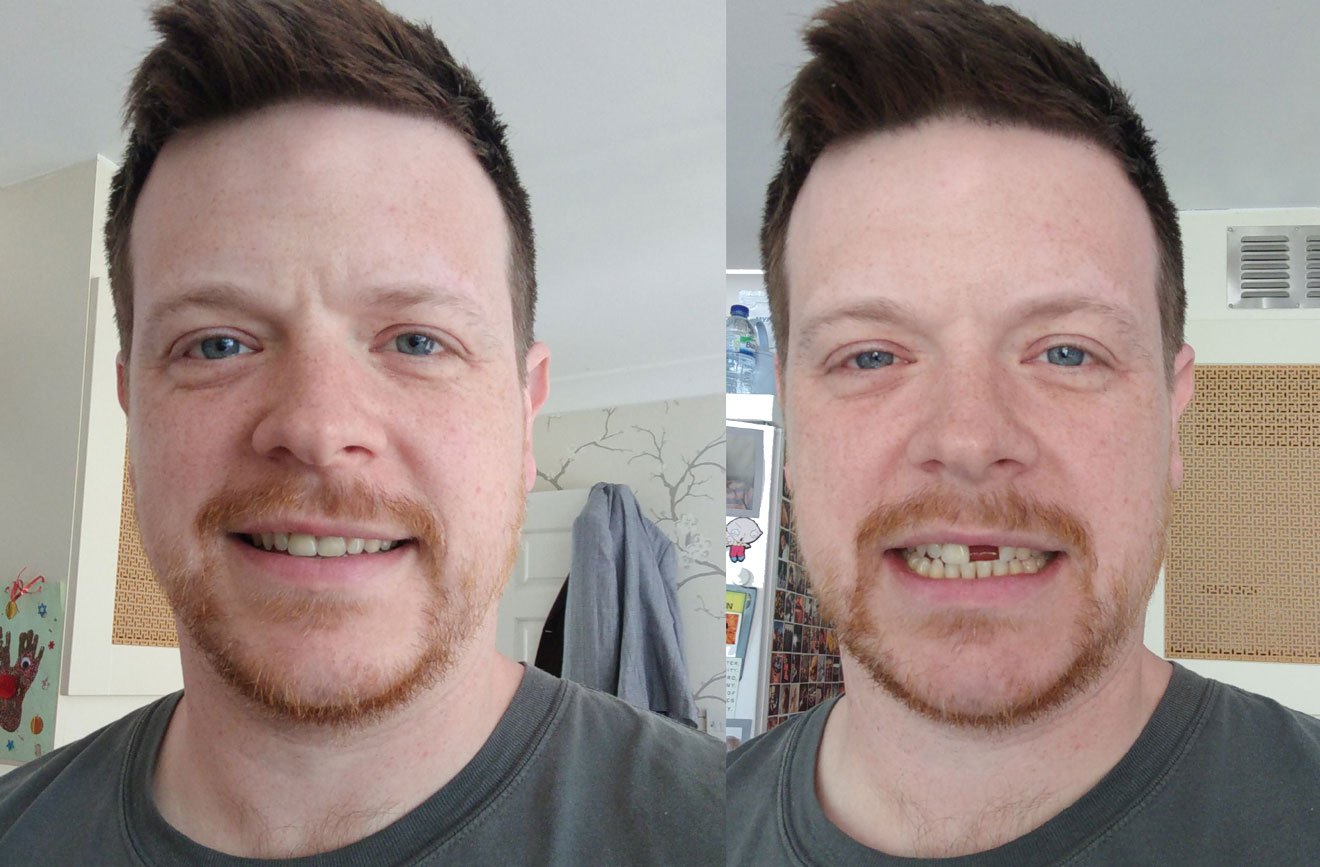 And so for about 4 months, I wore a denture. It affected my speech a bit, and though I preferred to eat without it, there were times I was eating with friends and I'd keep it in to hide my shame.

The denture went with me everywhere I went and when I slept, yep, it went in a glass of water, just like Grandpa Pete from good'ol TV.

No bone, no go

When I returned to the dental clinic, an x-ray showed that there wasn't nearly enough bone in the top of my mouth to implant unfortunately. This left me with a few options:

The last option seemed like the least invasive - though would require damaging the "good" tooth to anchor the bridge onto.

Before the bridge, a choice

Every dentist and hygienist I saw suggested I look at teeth whitening before I get the teeth (finally) fixed. So along came procrastination for the next 7 months.

I'd never considered whitening my teeth. Sure, mine aren't perfect white, but they're not black either. I was happy (or ignorant) of their colour until it kept being presented as an option. And when I did get the costings for whitening, the prices varied greatly and even then, the quotes weren't sure how it much it would be (ranging from a few hundred pounds to several).

Damn choices. Left me doing nothing (the easiest option) for months.

Somehow, I suspect with a big shove from my partner Julie, I booked into the dentists to skip the whitening and get the bridge made. Appointments were booked, and in a month I'd be rid of my denture.

But first, let's remove that other tooth

To have the bridge made, the dentist needed to remove a large chunk of my remaining front tooth crown. Then a lab would make my front two teeth and for the following fortnight I'd have a temporary cap in place.

The cap had one full bodied tooth connected to a cave-like tooth that would sit over what remained of my right tooth. 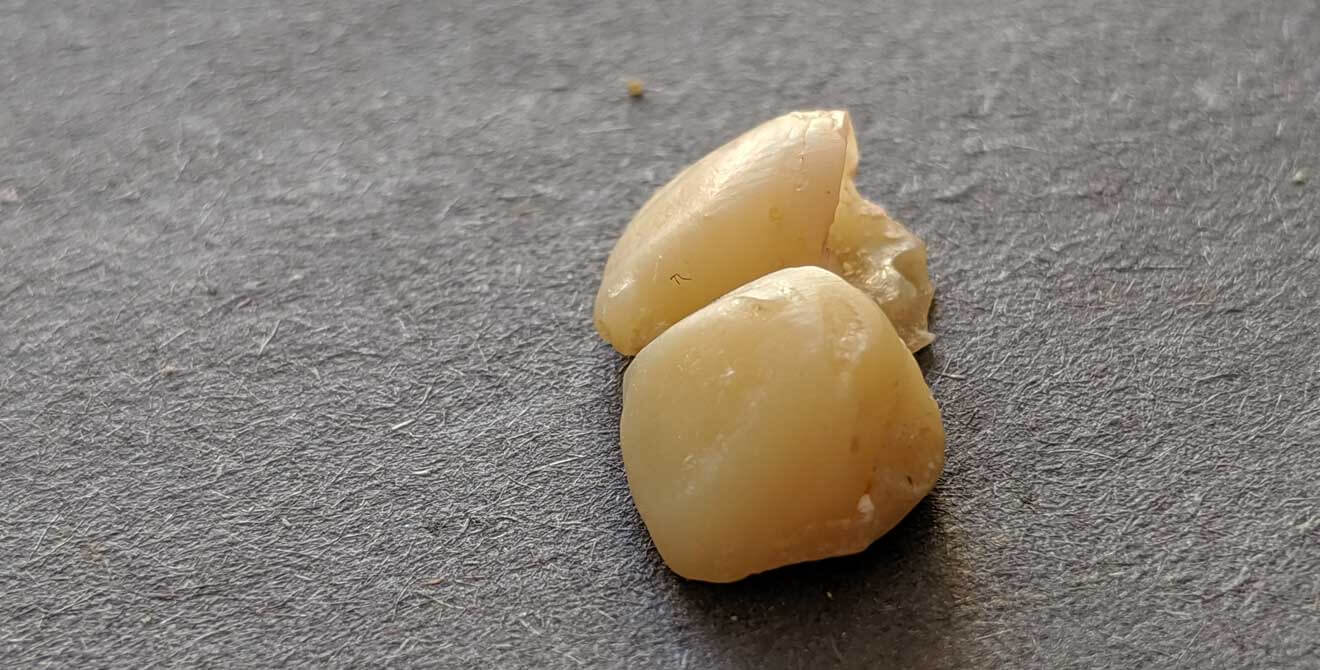 I'd had caps in place when I was a kid. Pre-crowns. I thought I knew what they'd be like. They're no good for eating apples, but they're usually strong enough to stay in.

This was not the case at all. After having my last front tooth cut down to a stub, within 8 hours, the false front teeth had completely fallen out.

The following 36 hours were horrible. All I could think about was the shame attached to not having my teeth. I was short tempered, wanted to hide, couldn't and wouldn't eat. I felt hyper sensitive to my appearance (know how this sounds, I can't be sorry for how I felt though).

I was able to have the tooth re-glued back in the next day, but it became loose again within 24 hours. Thankfully I was able to re-glue myself using some denture gum. It did the trick for about 8 hours a day, and I knew I had a plan if the tooth was to fall out again.

I still hid for most of the time, but my mental well-being was back to normal ("normal" being a rather loose term itself!). I wasn't so pretty without my tooth - and until now, only my kids had seen this - and I apologise for the horror picture version, it was dark! 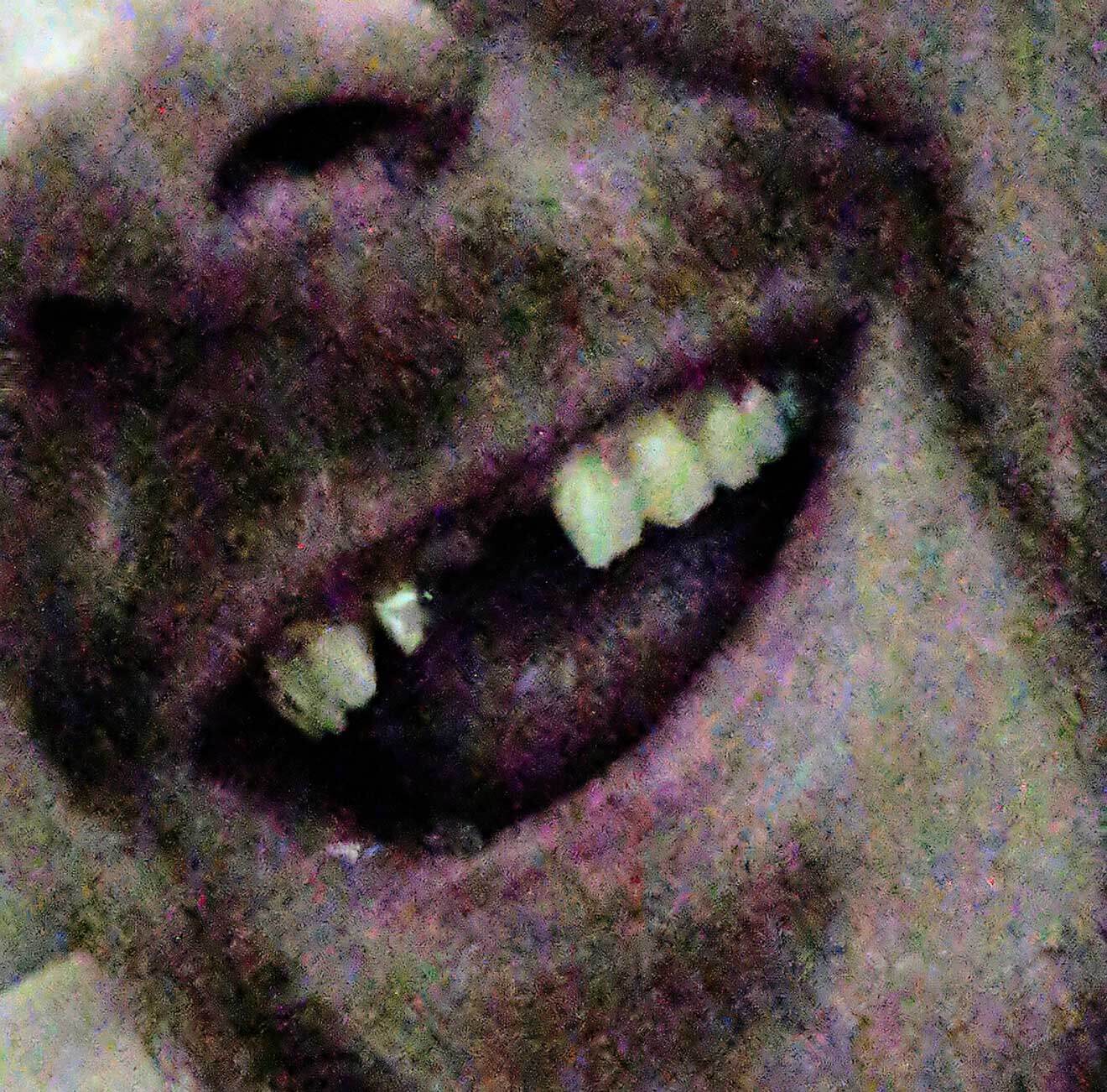 As of Tuesday this week, and just shy of 12 months of being without my front teeth and shying away from eating in public - I finally have my front teeth back.

They look pretty good, the benchmark being "they don't look fake". My mouth is a little beaten up with having the bridge cemented in, but they're now supposed to last at least 10 years. And look, I look totally normal now! 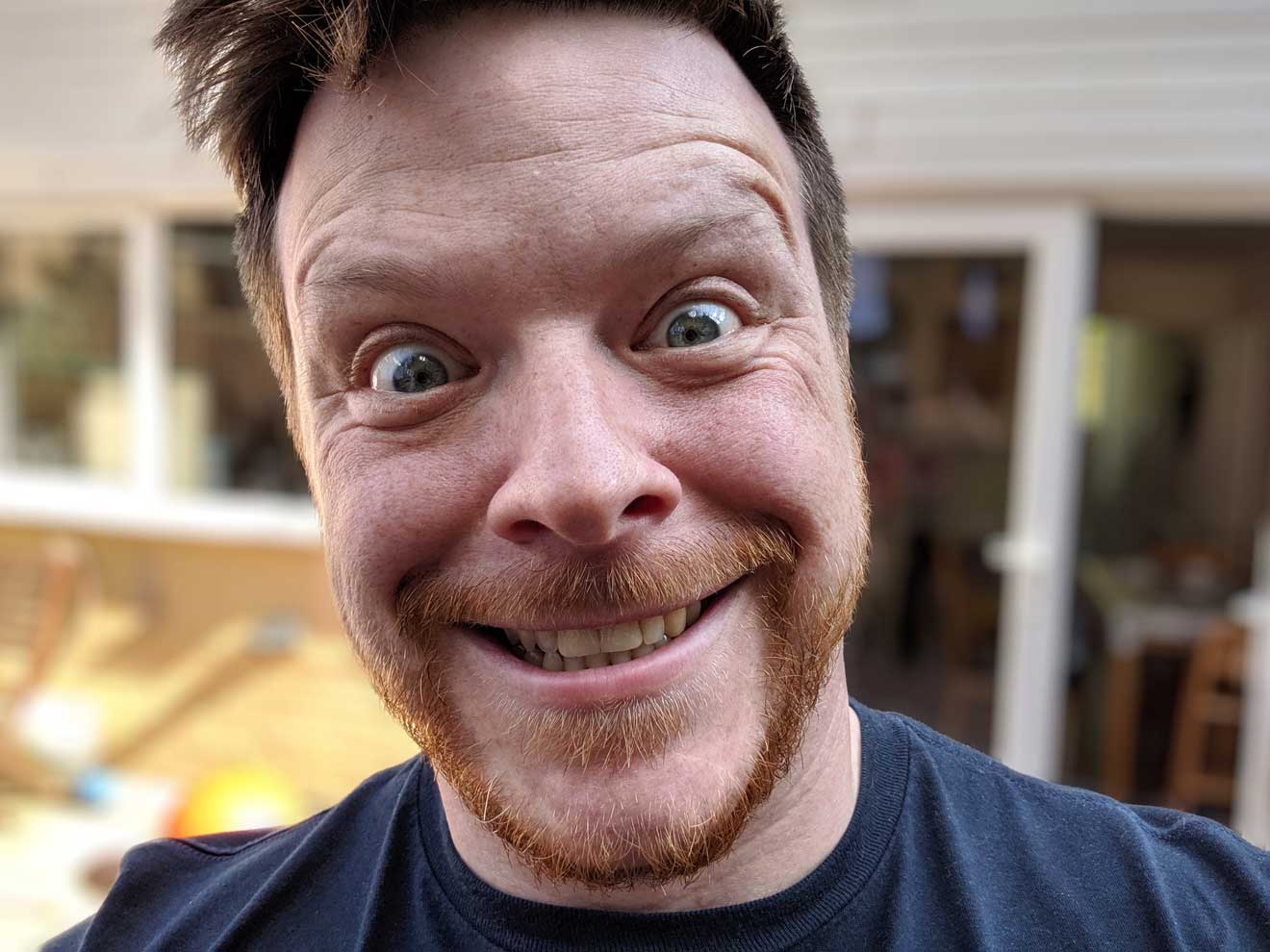