ffconf is now behind me and it was, as it always is, an amazing experience. I've tried to capture some of what it was like for me, but I suspect words will mostly fail me in the long run.

Still, here's my own experience of: The Return.

It had been three years since our last event in 2019 and having moved to the '20s, it also meant we were running ffconf in it's 3rd decade.

Standing on stage for the first time since the pandemic, a lot of the lead up and certainly the morning felt like I was, sort of, off-beat. Things felt…unfamiliar.

However, by the end of the day, as I stood there with my notes to close out the conference and I worked my way through the list of people I needed to thank, I finally felt at home. I felt that this was our event that we'd grown to love over all these years, ever since that first closing in 2009.

Although ffconf started out in 2009 as an event to fill the absent space where a JavaScript event needed to be, over the years it has evolved and matured.

Over a decade later ffconf stands very squarely in "this is a web conference to inspire you, make you ask questions, and work together to create a better web".

The curation process was very different from previous years. Four of the eight speakers were selected from the CFP, whereas normally I reach out to seven of the speakers and one, typically, comes from CFP. The reason: simple - I'd not attended any conferences since 2019 and I was out of the conference circuit.

I did spend a good deal of time watching through videos online, trying to get a feel for what I was looking for, which helped me with the individuals I approached directly. Whilst at the same time, the CFPs we had this year were all very strong. Those I picked were a mix between "Remy always wants to hear about this", and "good gosh, Remy definitely needs to hear about this".

I also enjoyed hearing that the talks managed a rare thing to have both breath and depth across the day.

Of course, none of this is possible without the huge amount of work that all the speakers had put into the event (I also want to acknowledge Olu at this point, who was ill the week leading up to the event and our standby speaker, Natalia, was able to step in).

The speakers are what make the event. It's all very well curating a thing, selling tickets, having a place to congregate, but without the speakers putting in the work, preparing their talk and actually sharing their thoughts - it would just be an empty stage (and probably a lot of angry audience people!).

This is also the first year where I intentionally planned a "stand by" speaker (though only one - which I later needed to increase - thank you Jake!). This helped get through Olu being ill with relatively little stressing on my side. I definitely wanted to see the talk on CSS Polyfills, but I didn't want Olu to feel like there was pressure from me to turn up feeling terrible.

The speakers were absolutely brilliant. I can say that each speaker brought something different to the event, with different weight and different meaning.

I can also say that it's exactly the kind of day I love attending.

One of the harder parts of the event, this time around and in particular in a post-pandemic setting, was getting sponsors to support our event. These events cost a lot to put on and a good chunk of that budget comes from sponsorship.

I'm hugely grateful to those sponsors that contributed and helped our event. I know it can sound trite sometimes, but it really does make the world of difference. Those individuals behind green-lighting the budget have my deepest thanks.

We also run a scholarship programme that individuals can also buy a ticket that's put into our scholarship budget. The budget is used for tickets, travel and hotel for those who need it, and Julie does an amazing job of coordinating with the scholarship attendees to arrange this all of this for them.

In particular I wanted to thank these individuals who bought (or donated) scholarship tickets:

With that, we were able to bring 20 individuals to our event through the scholarship programme.

The last part of the jigsaw that completes the day is the attendees. Perhaps you, dear reader, came to our 12th ffconf.

At the start of the event I always ask who is attending for the first time. After 12 years of running it's important to the survival of the event to see new faces, just as much as it is for the entire industry. Eyeballing it (based on people who stood up), it looked like about half of all the attendees were new. It's a huge honour to know people are still discovering our event.

We'd sold out pretty quickly (though we were able to release a few more tickets in October because we closed sponsorship), but I was nervous that when the day came we'd perhaps be half full and it wasn't until the actual morning that I would really know what the turn out would be.

We had a full house.

Looking out at the faces it was hard to spot any empty seats. Julie told me we just had 12 lanyards that hadn't been picked up. So it really was full. I also think that us waiting to return in 2022 (instead of 2021) had people feeling safer and perhaps more comfortable about events.

At the same time, there was quite a people who told me there was no way they'd miss ffconf. So maybe I find it hard to believe how lucky our event is to have such a good reputation. 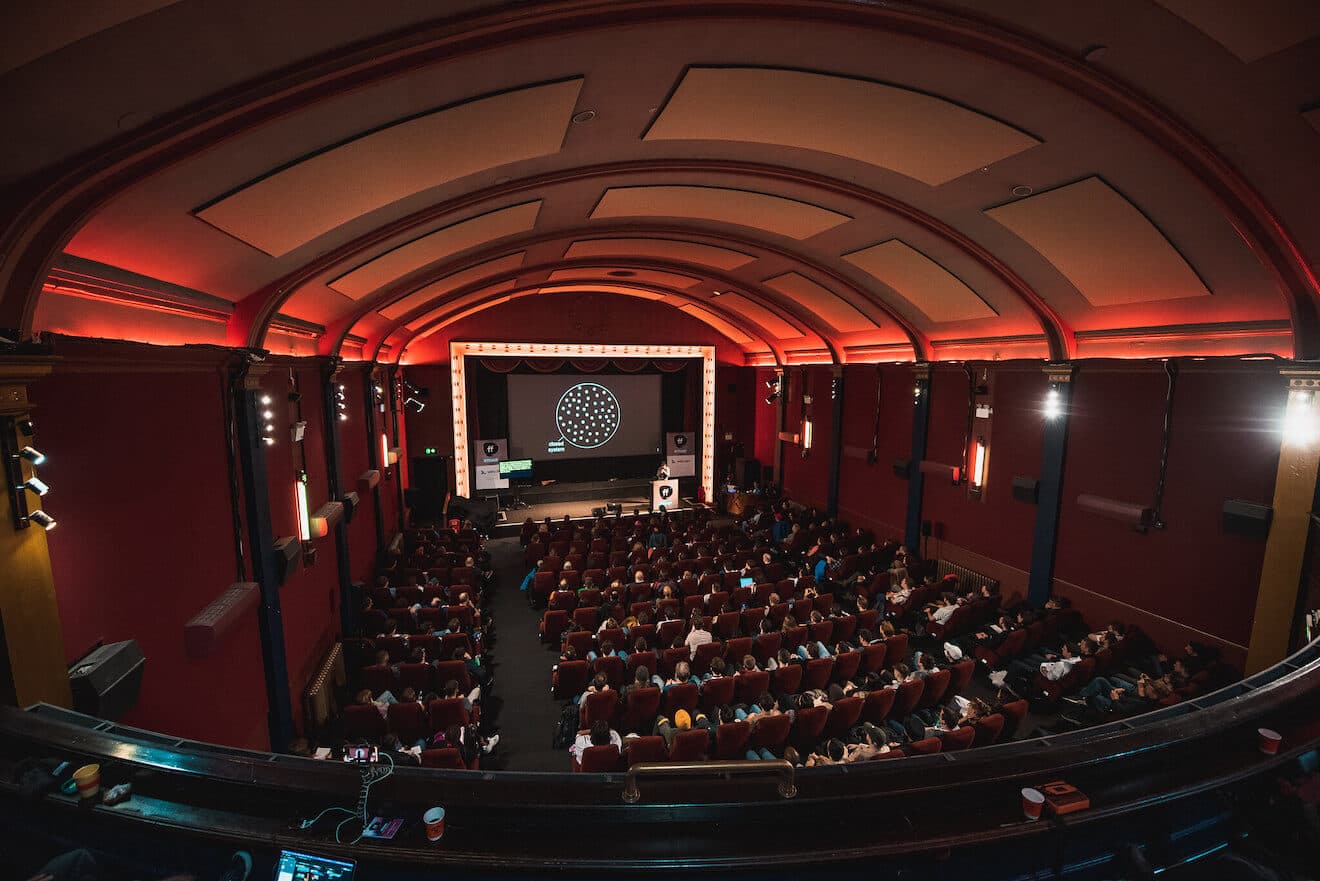 It's hard to put in words

I can't really articulate the feeling from the day, and the outpouring of love that I felt during and after the event. The day team were brilliant, helpful and made sure that Julie and I had everything we needed.

It's the kind of day, each year in fact, that leaves me wanting to press pause on time, so that I can just keep enjoying the kindness and happiness that the day comes with.