There's odd excitement around dark themes these days, but I find that being able to switch between a light and dark theme to be really useful for working conditions (i.e. bright light or in the evenings).

I've got shortcuts to toggle my: OS, Visual Studio Code and iTerm2.

The simplest of the methods, I use an Alfred command: theme-dark-mode-switcher.

Then I can hit cmd+space and "toggle" to switch mode quickly. Like I said, simple.

Toggle theme in VS Code

Auto theme switching is now part of VS Code out of the box. It took me a little while to find it, but once it's in place you can forget about it. 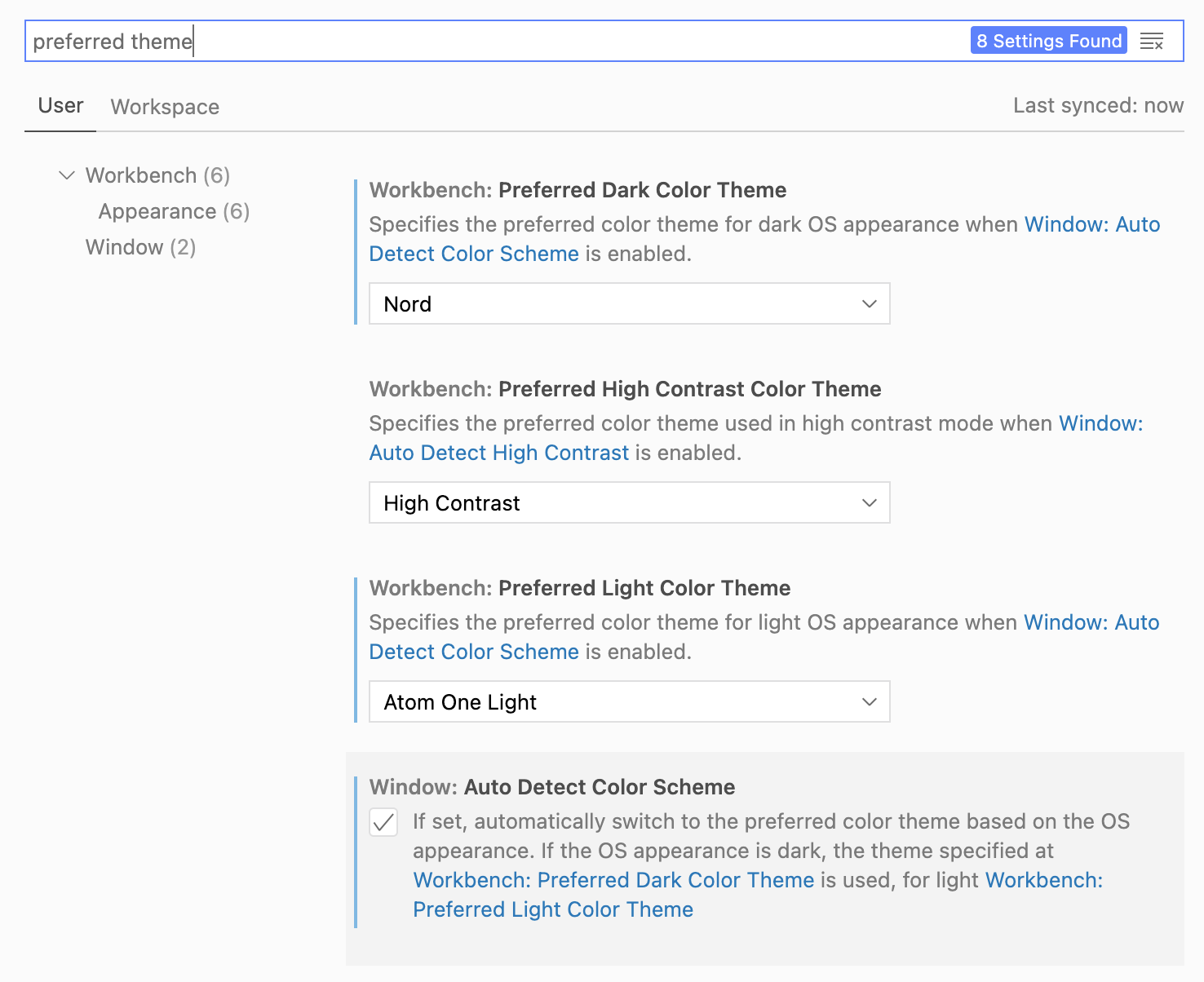 Below is my original method

For this, I use an extension called (unsurprisingly) "Toggle" by Peng Lv. Once Toggle is installed, I've got the command set up with the following keyboard bindings settings:

To actually add this setting, you have to go to the Advanced Customisation keyboard settings in VS Code (the link shows you what icon to click, it's far from obvious).

Also from the JSON above, the themes I'm toggling between are Nord (dark) and Atom One Light - both can be install via extensions in VS Code.

Perhaps the trickiest, but definitely the most rewarding. I use a project called base16 and two shell aliases that let me quickly switch between the themes on the command line. I don't think the light theme is perfect, but it's good enough for teaching.

To enable this I followed the install directions for base16-shell and then from there I was able to select my themes.

I use onedark (preview) and atelier-forest-light (preview) as my dark and light pairing, and I can switch between them using aliases:

I put all the base16 themes up on glitch to quickly preview or you can preview theme all in the terminal using this command:

What would be a nice bonus would be if my themes switched automatically after a predefined number of hours after sunset (like my phone does), but I'll leave that for another day.