40. The big one. Though, I think television and movies have a lot to answer for that one. I wrote about turning 30 (content warning: decade old writing!), and I wanted to mark this one too, somehow. 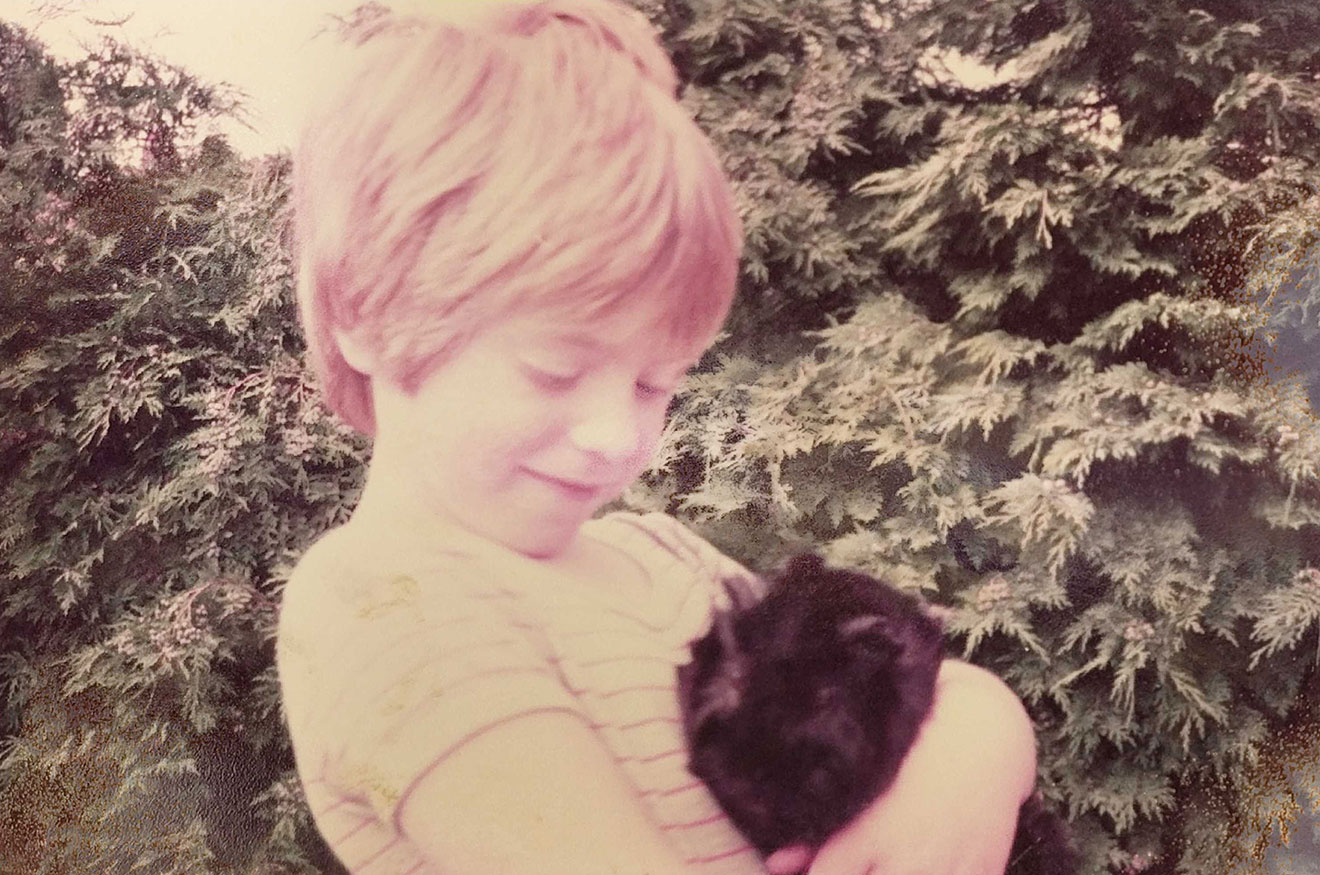 A picture of me from earlier, with Gin-Gin, my guinea pig (_little did I know of the importance of gin…gin_)

The above picture from a simpler time. Some months later, lightning would strike the hutch that Gin-Gin (the guinea pig) and Gibbles (our rabbit) lived in, and they both escaped to the wider world, happy somewhere in a field nibbling on hay and bits of grass. A decade later I'd realise it was a fox that helped them escape. A decade after that I'd realise there was probably no grand escape, only a grand meal, for the fox.

I remember regarding being 13 as an important age to me. Nothing about being old, but entirely about the symmetry of being born on the 13th and being 13. In fact, I turned 13 on Friday 13th - I was oddly incredibly proud of this. My best man at my wedding remarked during his speech, quite accurately, that I had always liked to be different: to move against the current, to run against the grain. Being 13 on such an unlucky day fit right in with me.

I remember losing time starring at the night sky and wondering about stars and distant universes, and promising myself that I'd leave this awful planet and live somewhere else. I remember thinking that I'd live up until I was 23.

I remember turning 23 and running into some extremely complex and conflicted feelings.

I remember turning 30 and finally feeling like I was able to shed my teens and 20s. A wave of relief. I struggled a lot with myself during my 20s. I definitely didn't know how to drink alcohol and my friends can attest to the utter arsehole I was when I was drunk. I wasn't a bad person, or violent to other people, but goodness I was a pain.

Turning 30 somehow set me free of trying to be me, and let me settle in my skin for the first time. No longer trying to be the right person. That unsure version of me still exists inside of me, and comes back when I'm around those people I only knew during my 20s. I heard somewhere that it's not uncommon to revert to "old self" when you're around those people from your past.

Today I begin my 40s. I promised myself somewhere around 38 that I'd earn myself a six-pack by the time I was 40.

I've just checked the mirror: that's a negatory on the six-pack.

In defence of myself, first of all, at 38 had I been paying attention, I would have noticed that I did have that six-pack (under the right lighting conditions…!). Moreover, in the last 6 months a few more important things happened: mostly breaking down in new and interesting ways.

In the lead up to my 40s, I managed to have tonsillitis for about 6 weeks running (even visited hospital for a jolly old throat-lancing), I've had a front tooth removed (and it's still bloody well missing, occasionally I forget where I put it), I duffed my back up again, and for my latest trick: there's something wrong with me that I'm having full blood work tests run on me next week - yay (it's either a blood cell thing, or nervous system, though I'm hoping it's "just" a B12 deficiency that can be resolved with being stabbed repeatidy with vitamin B12).

With that lot being added to my personal baggage, I'm actually not so surprised, or in fact, not even disappointed that I failed my six-pack mission. So in a way, it's a win for me. Sort of. I think.

Now as I trundle into my 40s, I'd like to promise myself a few things: I'll get some help, with my noggin. It's again time to revisit counselling. Honestly, I believe we all need some help with our mental baggage at some points during our lives.

And also that I'll try to drink more gin (more variations rather than just drinking the stuff by the gallon).

And I'll keep reading (important because it took me nearly 30 years to get any good at it).

And I promise myself I'll try to stop, and notice the moments of happiness and love that continue to happen all around me. That's to say: I love my family dearly and I want to keep reminding myself of that fact as my days come to pass.