The one where we did two days

The 2016 edition of ffconf ran over two days. But it wasn't a two day event, it was a one day event, run twice. This was a thing that Julie and I had wanted to do since 2013.

After all was said and done, I came away with two very personal and different experiences, one from the 4 month lead up, and one for the event itself.

When Julie and I launched tickets for ffconf 2013 something unexpected happened. The year before, we had sold out over a few hours, but this year was different. We sold out in a matter of minutes.

Instead of being overjoyed, Julie and I felt…gutted. We felt like we had let down the people who were still trying to buy tickets. We couldn't serve the demand and we felt guilty about it.

This is the first year that we discussed the possibility of running ffconf again. Except we felt like our reach had already peaked and we weren't confident that we could get the traction to sell a completely new day (let alone how it fit in with workshops etc). So instead, in 2013, we ran a new micro event named Sideview. The event was a big success itself (it was made up exclusively of the CFPs, whereas ffconf is nearly entirely curated).

In 2014, our daughter was born. Julie had already run ffconf with a newborn, and the idea of running two ffconfs with a newborn was too silly to even consider.

In 2015 we actually booked a larger venue, one with a similar personality as our beautiful cinema, but were we could sell tiers, starting with 300, then up to 600 seats, all the way to 900 (but realistically we would have always capped at 600). However, in the week that we were supposed to sign the contract, the venue contacted us informing us that a larger event had booked the entire week and that they needed to take priority. So we stuck to one day.

But that's not the full picture. There was a four months from launch to the event.

Behind the scenes/the four month lead up

In retrospect, I can chalk this down this experience down to "regular hard work". At the time though, we launched the two day event with the intention of not selling out in minutes. However, what actually happened is we just sold out Friday in the weeks leading up to the event, and we had about 8 tickets left over for Thursday.

Now, it's true that there were more tickets available for Friday than there had ever been (because typically workshop tickets come with a Friday pass, but this year it came with a Thursday pass), and more importantly to us: in the first few minutes of launching tickets, we sold more tickets than we had ever done in previous years.

I also came to realise (through talking to different people) that the format wasn't totally obvious to everyone. Firstly, some people thought that the event was just a few talks because I hadn't announced all the eight sessions yet (definitely chalking that down for next year), but also the two day thing hadn't been done before by many other events (apparently one other conference, I forget which), and I know some people were trying to weigh up which would be the "best" day (of course the answer is both!).

There were also some real economic situations that affected the financials of ffconf.

Firstly we launched our event only a couple of weeks after Brexit happened, obviously have no foresight that this would impact us, but due to the increased cost of sponsorship (to help covers the increased budget for two days) - a number of companies we approached turned down sponsorship citing cuts in budgets (for marketing and training).

Secondly, the conference market has grown and grown over the years. Back in 2009 when we launched ffconf, it was because there was (arguably) no JavaScript conferences in the UK (although I'd say ffconf is a web conference these days).

This was finally compounded by a somewhat relaxed approach that we had towards promoting our own event. There were a few tweets here or there, and two emails right before launch, but very little else.

The net result was that we had to work hard (at the time I would refer to it as "struggling") at selling tickets. It wasn't about making our money back. I've always told myself if we made a loss, we'd chalk it down to learning and call it a day. No, it was about making the event feel positive. I didn't want people arriving at a half empty event and wondering if they'd made a mistake. It was more important to make it feel comfortable in size, vibrant and friendly.

There was also a solid two week period where there wasn't a single ticket sale. Normally a ticket (or a few) would drip through each day, which meant we were making progress, but that two weeks of zero sales dented my confidence that we could actually pull off the event. I'm also known to focus quite hard on the negative which put extra unnecessary strain on both myself but also Julie.

The lessons I learnt over those four months of selling tickets are, for us, our event called ffconf, the following does not work:

Things that do work:

In the end it worked. It was definitely the hardest year to pull together (even compared to the 2009 edition), but perhaps contained the most lessons.

Then we finally made it to the event itself…

As I write, ffconf was just last week for me. The venue was full and I always ask at the start of the event for attendees to raise their hands if this was their first time.

Both days, a sea of hands went up. This is super important to me, because it means that the conference is reaching more and more new people. I think it's more important for a conference to reach new audiences, partly for sustainability, but also because I want to see new people learn from our event.

The second huge benefit of running twice was that we had a lot more availability for diversity seats. Our event is run by me and Julie, so we don't have the backing of a large company off the back of it. What this means is that it's part of our company's profit model. However, with a larger number of seats available, it meant we could make more seats available as not-for-profit (or rather: at our expense).

I (personally) think it's important to write off some profits towards good causes. We are far from raking in the cash, but whilst our company makes enough money to cover our costs, I think it's good karma to share some of that wealth back to individuals where it can make some kind of difference.

We had 30 diversity attendees, 10 of which we were able to pay for their travel and accommodation. This in part was supported by our attendees too. The overall attendees though, were a lot more mixed compared to previous years, and previous years to that.

In general though, putting more effort in opening up our conference, and committing to diversity in both our content (speakers) and our attendees, tweets like this is what makes me personally happy beyond words and utterly inspired:

And it's kind of ridiculous that this following tweet was liked/fav'ed so much, but it's more that it was popular because it's a commentary on the state of tech events over the last few years (and hopefully changing):

I know that the issue of diversity in tech is far from being fixed, but I do see it getting better on our front doorstep, but I also know that now is the time that we have to continue to double down with our efforts (to quote a line from Jake Archibald's Chrome Dev Summit opening).

Anyway, for me, seeing the results of the two days, it was a success.

…But, would we do two days again?

Had you asked me this question a week before the actual event, I would have flat out said "no".

In the end though, sponsors did come through, and tickets did sell. I had to learn some new business marketing techniques (which are new to me, but totally obvious to others), and I'll have those tools available to me for future years.

Seeing so many new people, and our most diverse audience yet, I want to continue to push for ffconf to open up.

I hope you'll attend next year, but we won't rely on that 😉 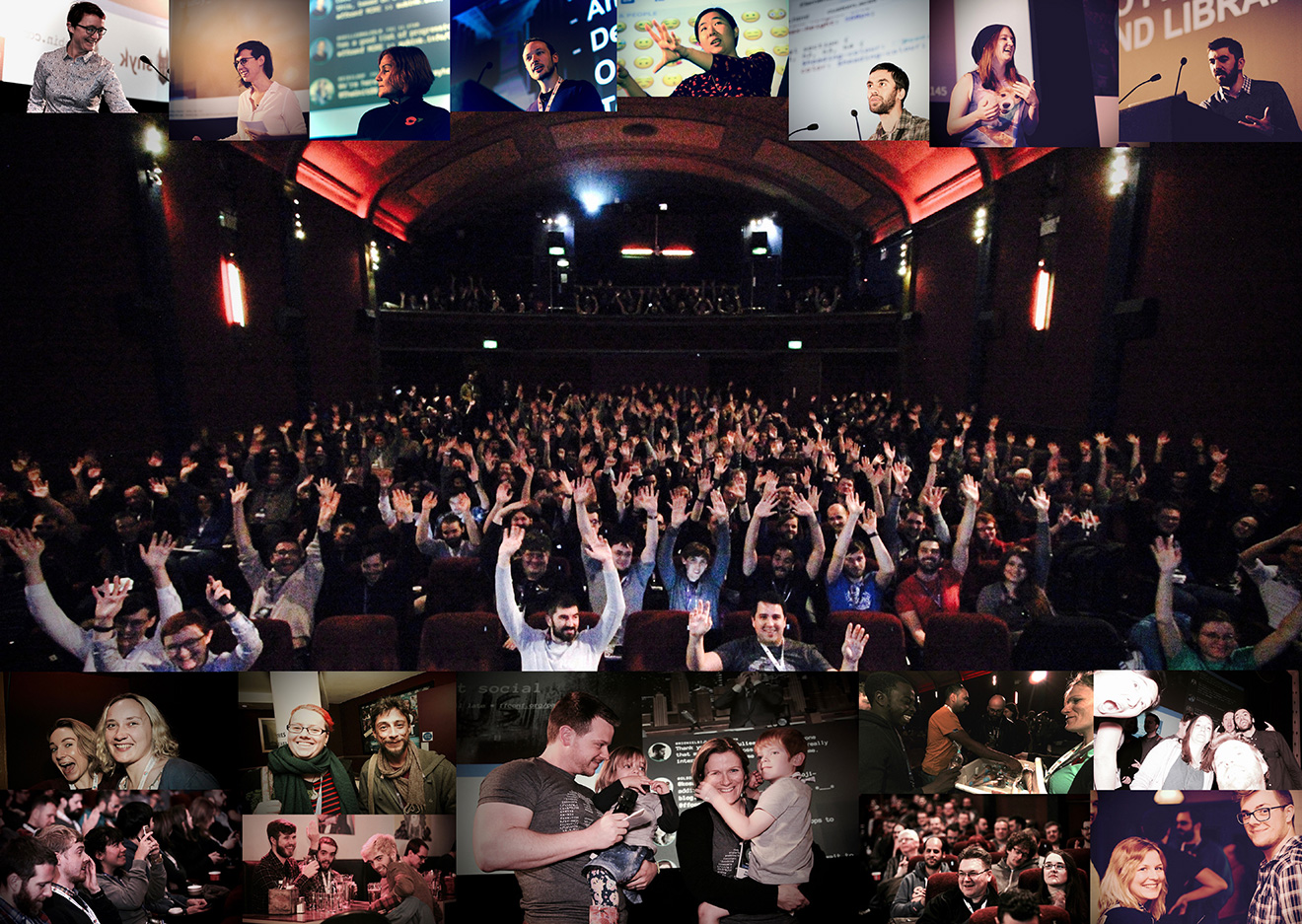