During March, Julie and I started long talks about November's ffconf (already)! So it's time to share our plans with you, since it affects you directly!

Time for a change

Ever since event zero in 2009, the feedback has been absolutely amazing and overwhelmingly positive. In the last 3 years we've sold out in 10 minutes.

You ask us each year: do you plan to grow?!

I'd hear story after story of people missing out on tickets because our beautiful venue houses 278 people. So, now, it's time for a change. 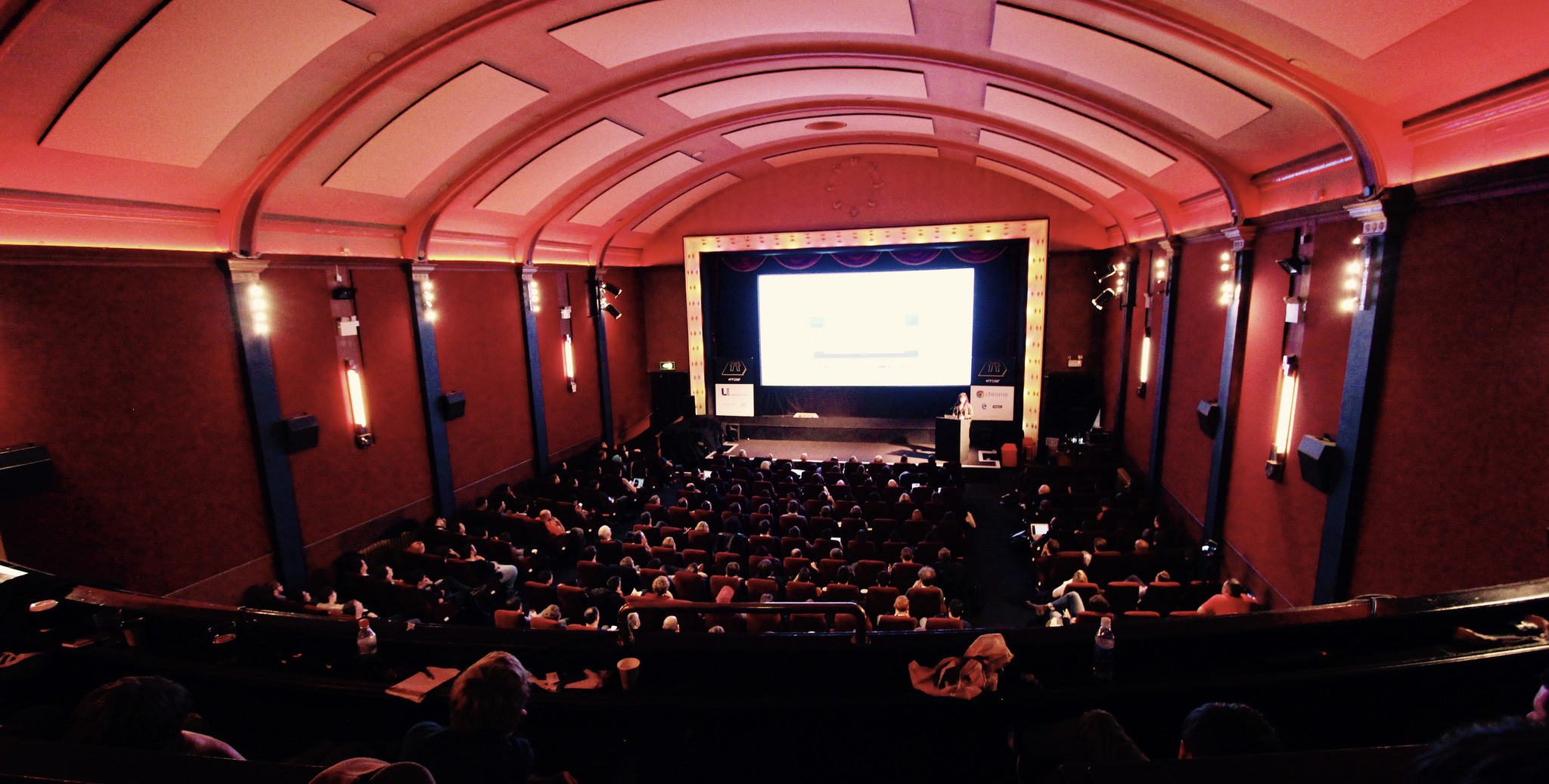 Our venue has been the immensely comfortable, century old working cinema: The Duke of York's. It adds a huge amount of personality and both Julie and I are extremely fond of it - as it's been a huge part of our journey.

However, it does only house 278 of you, and we do sell out too fast. We want the content from ffconf to be available to more people (we also publish all the videos freely).

Here's the deal: we're not moving. We're going to do two ffconfs. The same event, repeated. Just like the theatre 🎭

So far to my knowledge, no one has done this before, and we've been thinking about it since 2013, so this is the year: Thursday, 10th and Friday 11th of November.

The aim for me is to make the two days the same: the same amazing content, the same line up, the same order of speakers, the same dizzy experience.

We'll also be running another diversity scholarship similar to last year, except we'll have more spots available (and it'll be announced a lot earlier this year).

We'll be running CFP again this year, it's not quite ready, but expect to see a post next week with details. If you want an idea of what we offer, here's the 2015 CFP.

It should go without saying that twice the event requires more cash to make sure we can cover the increased venue costs, speakers costs and honorariums and general outgoings of doubling an event. Ticket prices go towards this but it's actually the sponsorship that covers the majority of the big costs. So if you want to be involved in this hugely popular event, get in touch.

Our event has managed to get to it's eighth year with your help and your hunger for the content (and the tickets), so we need your help to do it again, just twice as hard.

Follow the @ffconf account for the latest announcements. Otherwise, we'll hope to see you in that cinema again.

With all our 💜 The Sharps