I'm a web developer. Not an engineer.

Something I’m starting to realise and accept for myself: I’m a web developer. Not an engineer. Mostly an approach & understanding difference

This seemed to strike a chord with a few people, and others asked if I could embellish on those thoughts. So here it is.

"We" love titles. Personally, in the last 5 years, I've preferred the sound of being an engineer, or a JavaScript engineer. I actually quite like software designer. But let's face it, it's all fluff.

Actually, where titles aren't fluff, is when you work in a larger company. Quite often titles relate directly to pay scales. I digress.

The engineer bit is a little less fluffy and does actually carry meaning.

Calling yourself an engineer, when you're not actually qualified as an engineer is sort of a no-no. In fact, there's some regulation around the engineering titles - and certainly in the UK (according to the Wikipedia page), there's been petitions to protect the title.

Ignoring the regulations, to me, engineers are smart, educated (ideally in a form of engineering...) and specifically: solving complex computer engineering problems.

In a conversation (over twitter) I was having with Trek Glowacki, midway he replied with:

Take a step back and understand the real engineering goal: SRP

I wasn't aware of any engineering goal, nor what SRP stood for, nor did I really understand what the Wikipedia page was saying to me.

Honestly, I kind of feel out of my depth amongst engineers aka those people who *really" took the time to study computer science and grok the shit out of it.

I am web developer

I don't know why I thought it was uncool to be a "web developer". Perhaps because it's utterly vague.

What "web developer" does mean to me though, is this:

Someone who writes code for browsers. Likely from the school of view source, is comfortable with drop-in libraries, understands standards and best practice techniques. But mostly, a tinkerer.

I am not alone 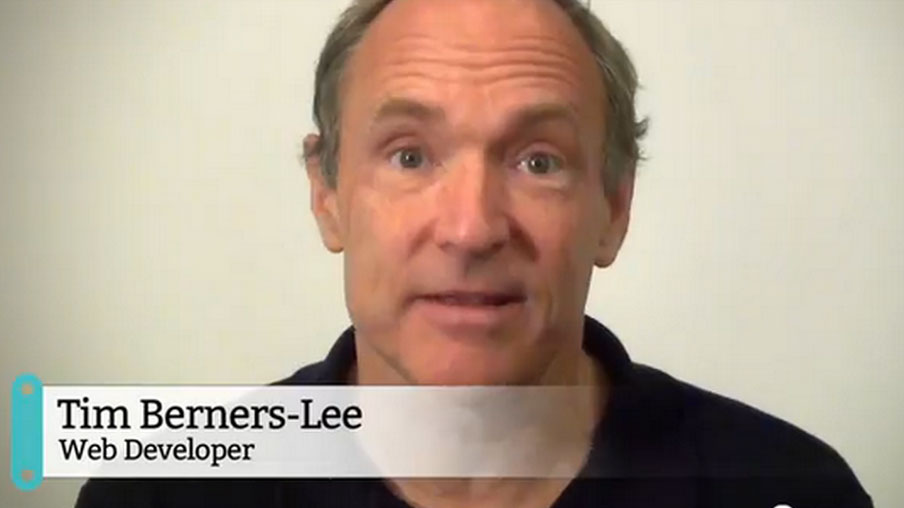 The picture above is an (infamous) screen grab from the Web Platform introduction video. Of Sir Tim Berners-Lee. The creator of The Web.

I saw a lot of posts and tweets suggesting that this was a joke, or a disservice to his work, or that the title was utterly understated.

I'm not sure it was. There's no doubt that this man is responsible for a lot more, but he is The Web Developer.

I'm proud to say that I work on that same web. Making it better (and sometimes, perhaps, a little worse).

I've personally learnt my web development skills over a long period of time and nearly entirely through trial and error. I suspect most of us have.

Being a web developer doesn't have to mean you have to be a JavaScript wiz, or that you don't touch the server side. By virtue of tinkering, it's quite likely you're getting better at all these things.

Coming to this realisation is by no means a slur against those people who call themselves engineers. If you do, it's quite likely I already have a great deal of respect for your knowledge and understanding if I've come across your work already.

As for me, I'm proud to say: I am a web developer. I am a tinkerer.