It's now a bit of a tradition with a year end blog post (almost entirely so I can look back and actually remember myself!), so today I post my summary of 2011 and what's happened for me both in my work and personally.

In short, this year has still been hard after losing Tia in August 2010 but as painful as that is, happiness arrived as a bundle we decided to call Ellis Tennyson Sharp. Pretty much everything else falls away compared to family, as much as I love my work, I hope it will remain a distant second to those most important around me.

On that note though, I'll start with what I've been up to in the web world.

I was again fortunate enough to be invited to speak at a real variety of conferences - some micro events like Aral's Geek Ninja to larger events like OSCON.

I was also asked back to Flash on the Beach (I had to pull out last year) which was a real pleasure. The event is run in Brighton, and John Davey is possibly one of the nicest people I know (whom I'm convinced is actually just a British John Wayne). For a conference that has a strong Flash following the audience were particularly welcoming, and even sang me happy birthday!

Personally however, my favourite conference of 2011 was Highland Fling. It was organised and run in the same spirit as Full Frontal which left me excited and inspired. I'm a big fan of the indie events and if the organiser is full of passion it stands to reason that it just oozes out in to the day. Highly recommend, and if it's on again in 2012, it's a damn fine excuse to visit Scotland again.

I'd been considering whether I could pull off a "workshop tour" towards the end of 2010, and early on in the year, Julie helped me pull it off. We ran six workshops in five cities over two weeks: Brighton, Manchester, Bristol, London and Nottingham. Amazingly the project was a success both from the teaching, but the business side too. There's a lot of risk involved in trying to sell multiple workshops at once but in the last weeks leading up to the workshops, they managed to sell out.

I also ran my first two-dayer on Node for Full Frontal - something I'll be running again a few times this year, so if you're interested in be notified, drop me a message.

When I list out these projects that I've released, more often than not I think: damn, I wish I'd done more. But on the other hand, I could have done a lot less - or kept them to myself. So hopefully these are useful to someone as well as me!

Randomly aside, I was nominated to have my face happy-webbie-fied amongst 60-odd others. Somehow in the voting rounds it end up me, so the kind folks at nGen Works have now immortalised me as a cartoon character - very neat :)

The year was still hard after losing Tia last year. Julie and I decided early that we still wanted to continue with our family, and the new year we would try for our second. Ellis was conceived much quicker than either of us hoped - one of the many blessings we had with Smudge's pregnancy (as we saw Ellis in a 7 week scan, his nickname came from what he resembled most: a smudge!).

Julie delivered Ellis Tennyson Sharp on 29-September 2011 at 11:14am - safely and happily into the arms of his parents. An absolutely amazing day. As tough as it's been, both a mix of emotions as we never had this with Tia, but also the physical side of things, like dealing with an upset human being whose communication skills are rather limited. As tough as that's been, Ellis is so insanely cute that what he cracks a smile all the stresses are forgotten and I can't help but be amazed. 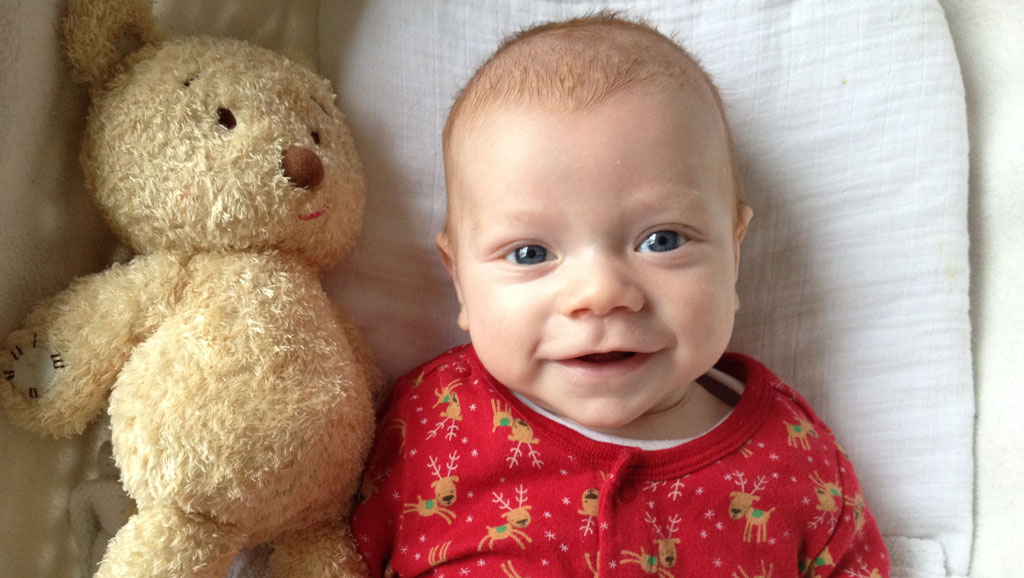 Just a month before Ellis was born was Tia's first birthday. In the year leading up to that date we started a local project in her name to improve a local children's park. We've raised a little over £3,000 for the project and there's more we want to do to improve the area for children (though half the money raised goes to SANDS - a charity for bereaved parents). I also had Tia's hand print tattooed on to me permanently so I can always keep her near.

Both Julie and I celebrated 15 years of being together and completed our second year of 365 project - which our plan is to create a single canvas print with two years of 365 picture - so that should be epic!

Utterly unrelated, but I built a Death Star this Christmas too - too cool not to include in my round up - definitely going to be doing more Lego next year!

I'm hoping to build my business up. I always wanted to grow my little agency to around 6 people. Obviously I need the business in place before I go along employing people, so if there's some JavaScript (both client and server side) project that you need an A-team on the case - do get in touch!

Otherwise, I'm hoping do more of the same, more blogging, more project, continue with our 365 - but more importantly: spend as much time as I can with my family.