Hopefully this doesn't become a meme instead of what I intend for this blog post. There's a way to consume at @reply timeline in Twitter by just stuffing a shed load of new lines with anything at the end (like a period).

If you're a twitter app developer, please consider removing multiple white space in row. Twitter web client does this already (apparently so does echofon - so I think it's worth support the consistent tweet structure.

Here's a few screenshots to give you an idea of what I did, and how it looked. 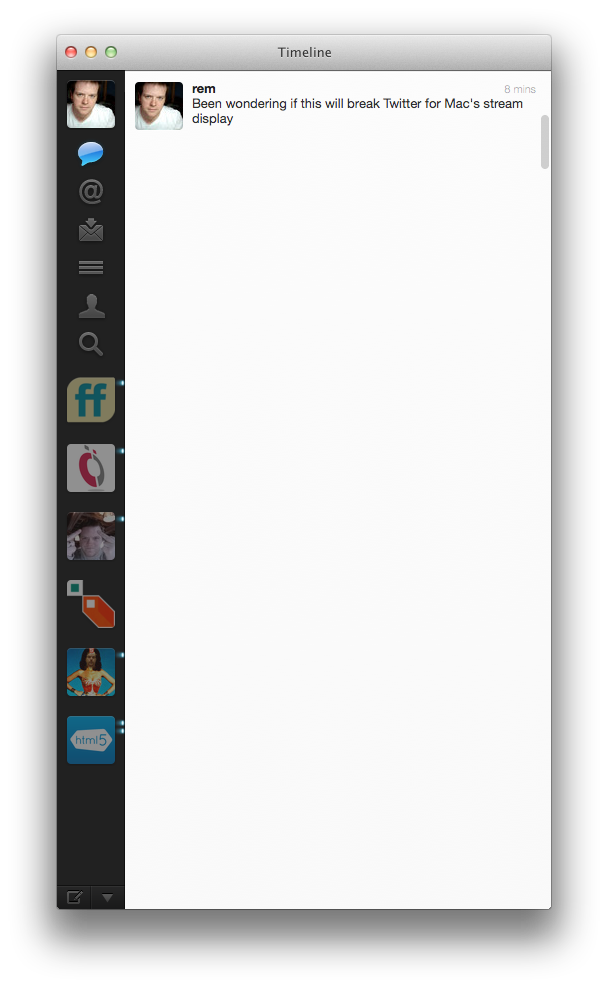 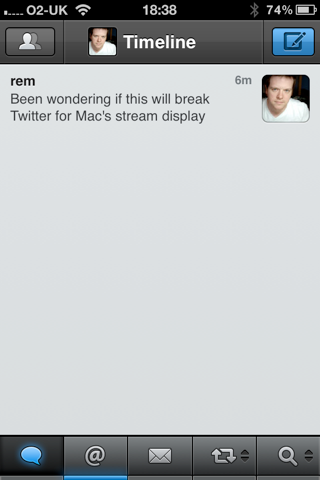 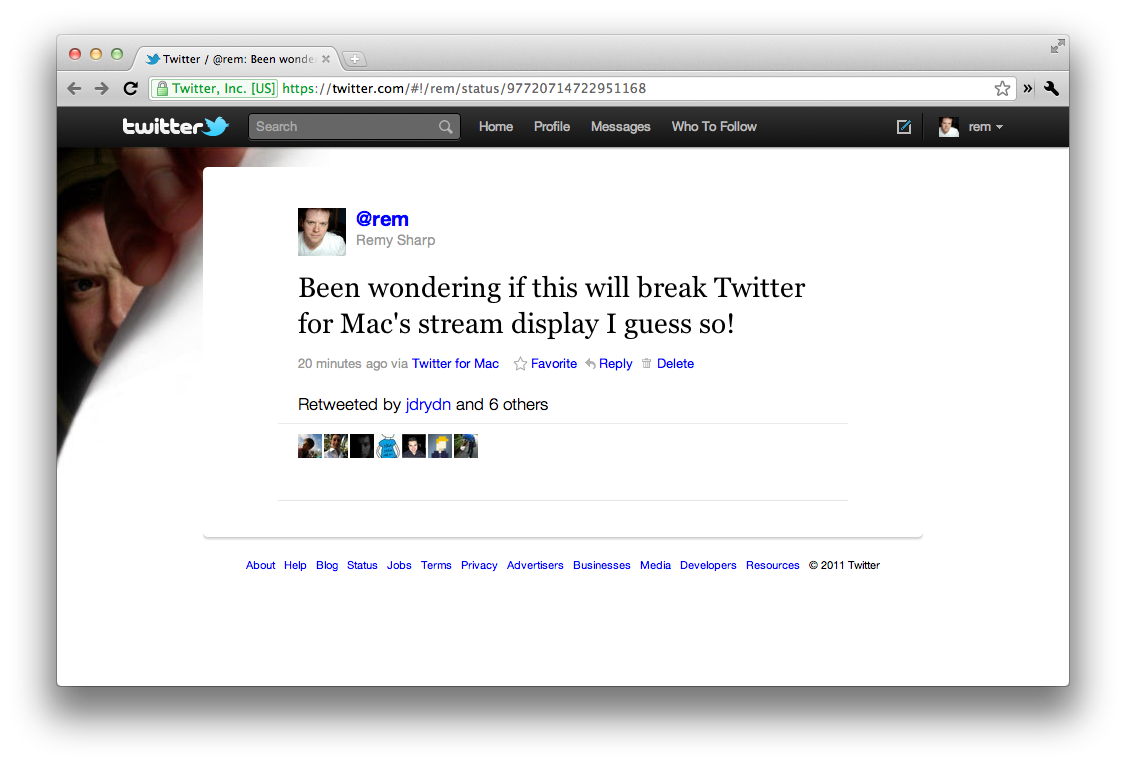 twitter.com are simply doing a replace on repeated new lines (in fact they're converted to spaces) and spaces. However, it looks like they're not stripping all types of white space, i.e. em-spaces, and no-breaking spaces still remain.

Although I know this breaks formatting for new lines - which I know full well some people want to retain - I'd really like to see the twitter app developers removing these multiple white spaces, because I'm sure some folk might start exploiting it.

Don't say I didn't warn you!