Being a bit of a Mac fan, I casually mentioned to my wife the upcoming (and generally eagerly awaited) Macworld conference. I then went on to mention that I'll be buying Leopard when it comes out.

Julie: How many big cats are there?

Leopard is due out this spring, so I popped over to Wikipedia to see what big cats had been used by Apple so far:

By my reckoning (and little more Wikipedia browsing), the only big cat left is the Lion.

There are others: the Snow Leopard and Clouded Leopard - but I ruled them out because, well, we're going have Leopard this year...and we don't want to repeat do we?

There's also an Onza, but a) I'm not sure very many people will realise this is (supposed to be) classed as a big cat, and b)

Texas Tech University researchers concluded that the onza is most likely a genetic variant of puma, but not a distinct cat species

So, all in all it sounds like Lion should be next, and then...what? The end of OS X? The end of big kitty codenames? 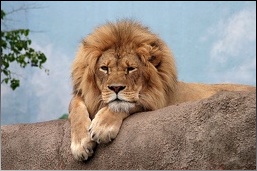 I think some cat loving Apple employee might just be foregoing his next Christmas bonus! I can here them now...[cue fantasy sequence]...

What do you mean there's no more big cats left? What did you think we would do a "Microsoft Word" and just make the numbers up? *

Either way - I'm looking forward to what Apple can pull out of the bag.

Oh, and just to cover myself here, obviously this is all a bit tongue in cheek! :-)