I've started on the more mundane aspects of the development, also known as the parts that I find hardest: artwork and general information screens.

Up until now I was (attempting to) faithfully recreate the Amsoft Oh Mummy game from 1984, but it seemed like a waste of the new graphics capabilities of the Spectrum Next - in particular 256 colours and no attribute clash. I do love the original game, but I'd also let my kids draw a main player and a baddie and they did a surprisingly good job (with a bit of pixel tweaking from dad).

Then after coming across an (incredible) VR walk through Ramesses VI's tomb I started to consider that the original game's premise was to plunder the tombs of ancient Egypt and, effectively steal, the artifacts for British museums - which has lead me to a story for this new Oh Mummy adventure (which gives me license now to use the new designs my kids did).

You've been assigned the task of rescuing the archaeologists from their failed plunder back in 1984 - instead of revealing pharaohs you find and reveal the lost archaeologists and rescue them from being entombed themselves.

With that, I've added some story to the game (there's really not much space in what, 30 odd character width) and new images for the collectables through the game. 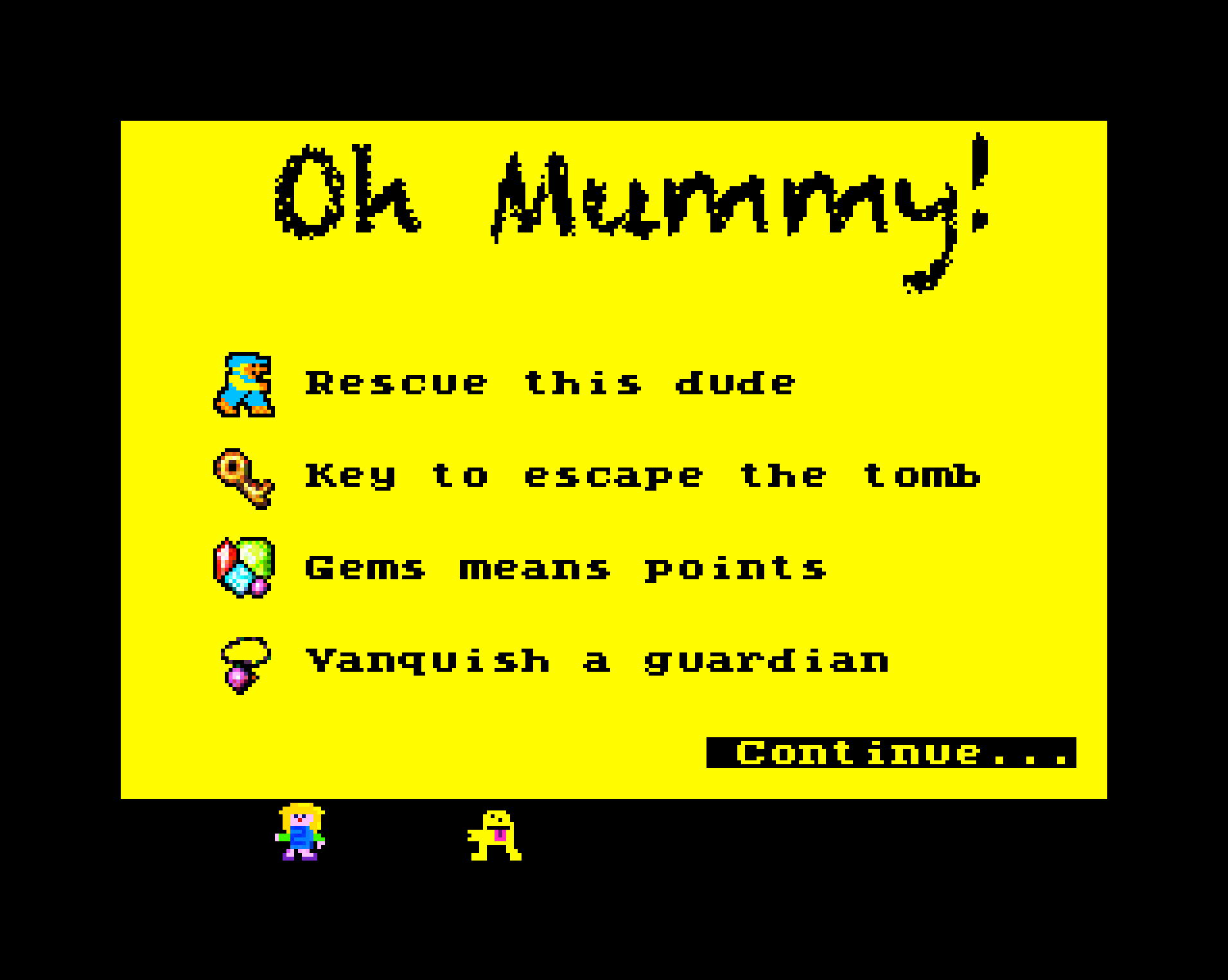 Now I just, "just", need to fix a few bugs and add the game control over how fast the player is and how smart the guardians are.