Today we, my family, leave the place we've called home for just shy of 10 years. We're moving house - not far and still in walking distance from the kids school, but it's much more than a little relocation.

It's the next stage of our lives, and I wanted to take a moment for that past decade.

I've written this post almost entirely for me. I need to find some way to let some of my emotion out.

This blog post might be rather long, probably full of winding and drifting off path. If you're a friend or family then some of this might make sense to you. All the same: welcome to some personal thoughts.

The house we're moving to will likely be the last home Julie and I live in today. It's a "lifetime" home and it has all the space we need to support our family even as our children grow and perhaps some day come back with their own family.

Julie commented during our packing this week that, "this is probably the last time we do (together)". Because we might move again if the other has departed in old age, or because we divorced. I've always said ours (and all) relationships are doomed to end sadly with either divorce or death.

We moved in days after running our first ffconf event. We moved to this house from our previous one bed flat because we had decided that we wanted to start a family.

I remember walking along the pathway outside the front of the house and thinking whether I should carry Julie in my arms "over the threshold" and my mind wandered quickly into imagining bringing our first baby home and stepping through those doors as new parents.

That following month we became pregnant with Tia. The months that followed we exciting. The house's original style was…eclectic at best. So the bathroom was the first room to be refurbished (the power shower being the absolute highest priority - our previous homes had what you might consider a "drip-shower").

The nursery was prepared. Letters of the alphabet were stuck around the wall and I wondered if we were having a boy or a girl. The last days of waiting for baby to come were long.

But Tia was never meant to come home with us. She died during labour at some point. Our hearts were broken.

I remember arriving back home after the hospital and looking at that front door, trying to push aside my hopes from the previous year of bringing that baby into our home. We were parents, but not.

The corners of our home became our refuge. I remember so much of our time in those first months standing, pressing ourselves, into the corner of the kitchen. Neither of us barely eating. Classical music was the only sounds we could bare to hear.

Our home backed on to a wood and behind that was a golf course with public access.

Most afternoons, in an attempt to get through the day and make it to the next, we would walk through the woods. Everything looks different during grief. The world had an exaggerated beauty to it. Long September shadows, trees and flowers making last attempts to bloom, golden light in the air. 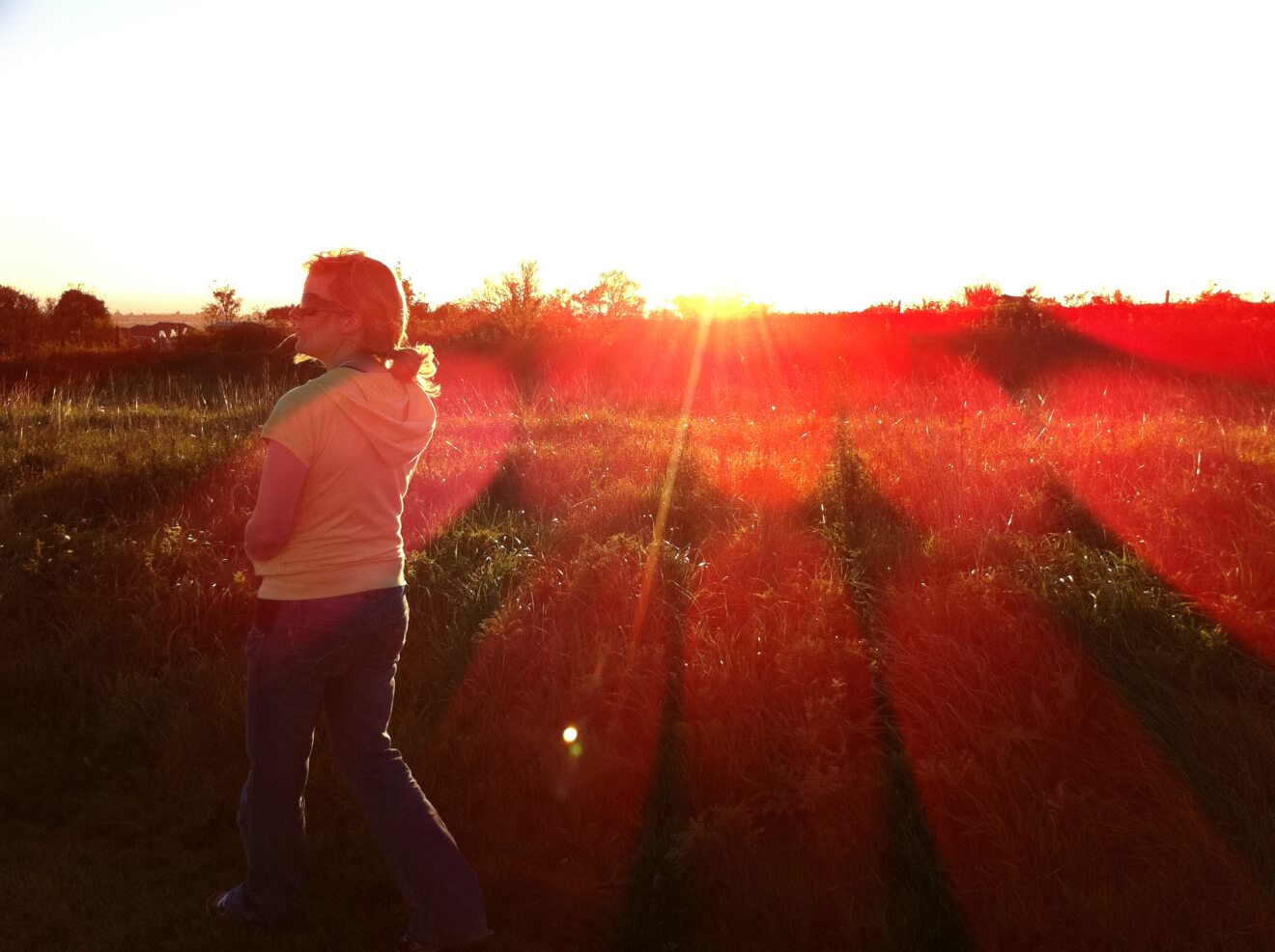 Time didn't heal us, we just learnt to carry on. Our home was our sanctuary for three months. It protected us. Friends visited us, we shared our story, and time, as it always does, moved forward.

In September 2011 we brought Ellis home. He was our rainbow baby. And our lives turned upside-down again, but the way we had always wanted.

Our home changed. Plastic appears in bulk over the coming years. Food changed and increased! Rooms became dedicated to other human beings and Julie and I, who had spent so much time as just the two of us, became a growing family.

My most prominent memory of the nursery which turned into Ellis' room was when I would read to when he was a babe.

We would read Goodnight Moon and book that annoyed me mostly for the partial attempt at rhyming (then the book would give up rhyming and just say goodnight to everything). But we evolved this into our own goodnight process.

When I think of his room, I like to think of those times.

Seren came along in 2014. Both Ellis and Seren started off sleeping in their moses basket in mine and Julie's bedroom. I remember that Seren used to make snuffly noises when she slept. It's cute and it's useful reassurance that she was still breathing - but it kept me awake all night (Julie in full new-mum-hormone mode slept exactly when she needed to, and was immediately alert as required!).

After some months I moved to the lounge downstairs to sleep on the sofa. I slept on the sofa for 3 months.

One of my absolute favourite memories of that sofa was one morning when Julie brought Seren downstairs at 5am. Seren had been fed and Julie (rightly) was going to (try) to get back to sleep.

Typically Seren would crawl around on me whilst I groggily came round to the fact that I needed to be awake and doing "proper" parenting. But this time was different. I dimmed the lights, and after some crawling and fidgeting, Seren fell asleep on me.

She slept on my chest, just under my chin and I dozed with my baby girl safe in my arms.

As hard as early mornings are, that's one of my absolute favourite memories.

The kitchen, as I mentioned before, has served as a safe place for Julie and me. A place that we could hide from the world and squeeze ourselves to be as small as possible.

There's a lot of pain that came with Tia and that pain is incredibly special to me. I hope I can still see us holding each other tight in that corner, not saying a word and knowing exactly what the other is feeling.

The same kitchen also came to hold fond memories. Most (obviously) around birthdays. Our family and friends would gather together around the central worktop that splits the room in half. Then we would sing happy birthday (or raise a toast in the case of Tia's birthday) whilst the kids ogled the cake that Julie had made.

Above: On the left was the mega ice cream cake Julie made for me, and on the right, Seren's own design - a drawing of Sock, her doll, for her 4th.

The garden is where I watched my children play together. Somehow, Seren and Ellis love each other very much. Sure they piss each other off at times, but watching them play together, running around the garden fills my hearts with light.

I know it's corny but for me, this house really became home because of the family Julie and I made. 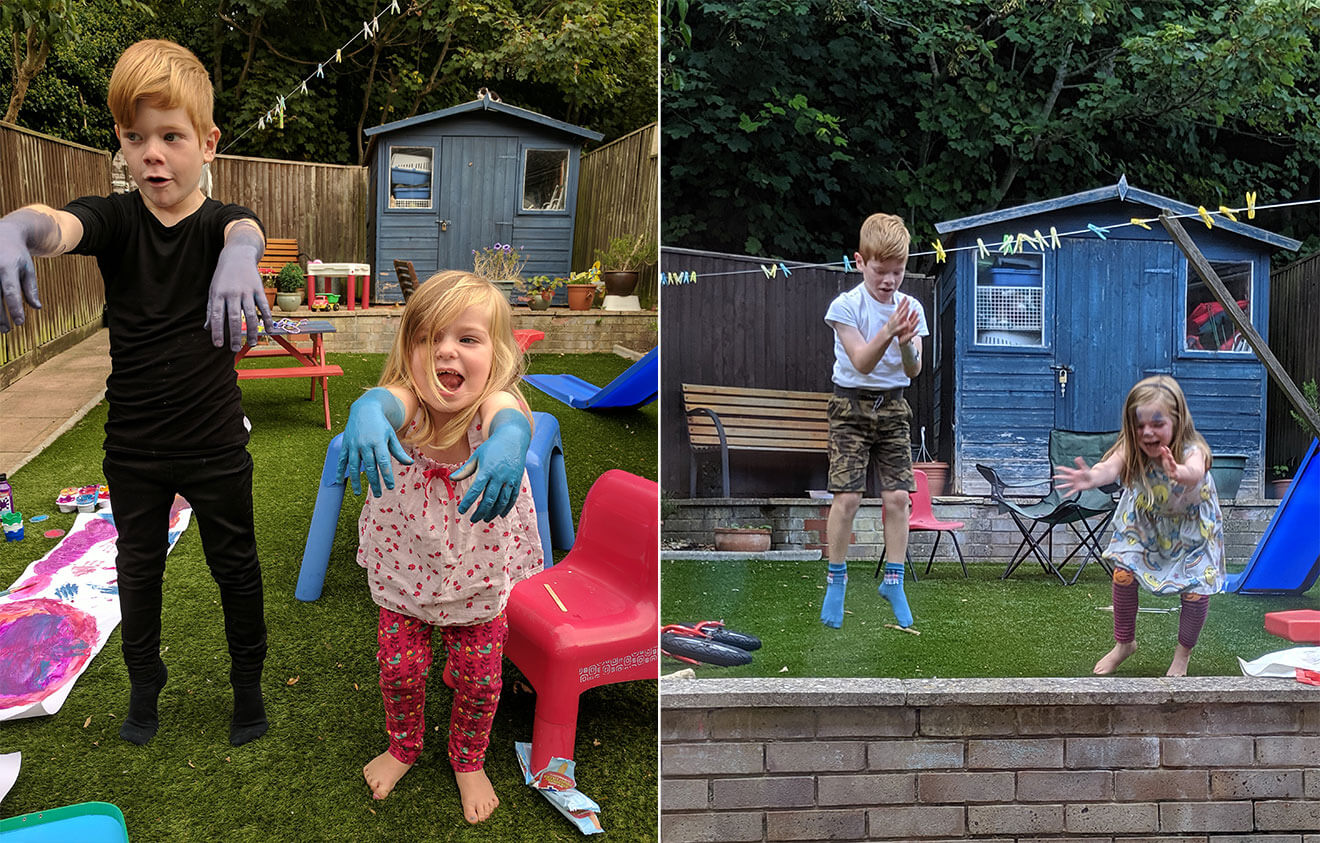 But in addition to the little monsters we have running around in garden, there's a pretty strong wildlife scene going on. We include a weekly shop of monkey nuts for the family of 7 squirrels (each carefully named, Beatrix being the smallest and the cutest).

There's a new family of foxes too which are quite amazingly brave.

Then once, and once only, I had the great delight to watch a badger roaming around in the evening. It was a very magical moment.

I will miss being in this home and moving around all those memories.

Though I must remind myself that I take memories with me and they are not lost.

I must remind myself that I need to take moments for myself to remember. Which is, in fact, what this post may help me do some day.