As part of my research for the talk I gave at jsconf.eu 2018, I bought a ZX Spectrum 48K. I purchased the machine from eBay, but it was indeed an original 1980's Spectrum with a few internals cleaned up.

In fact, it even came with the original manual which I had long forgotten. Except the manual isn't a manual at all (in actually fact, it never even claimed to be!).

The manual is an instruction book on how to program the Spectrum. It's a full book, with detailed directions and information on how the machine works, how the programming language works, includes human readable sentences explaining logic and even goes so far as touching on what hex values perform which assembly functions.

This book stirs a passion inside of me that tells me that I can make something new from an existing thing. It reminds me of the 80s Lego boxes: unlike today's Lego, the back of a Lego box would include pictures of creations that you could make with your Lego set. It didn't include any instructions to do so, but it always made me think to myself: "I can make something more with these bricks".

The book cover art is like something from Star Wars: a megacity, high above the clouds. When I casually flicked through the pages, I found explanations of how to create music and graphics, detailed written prose on how expressions work. Even how to pronounce hex values and a table of all the hex values and each of 256 associated assembly functions. 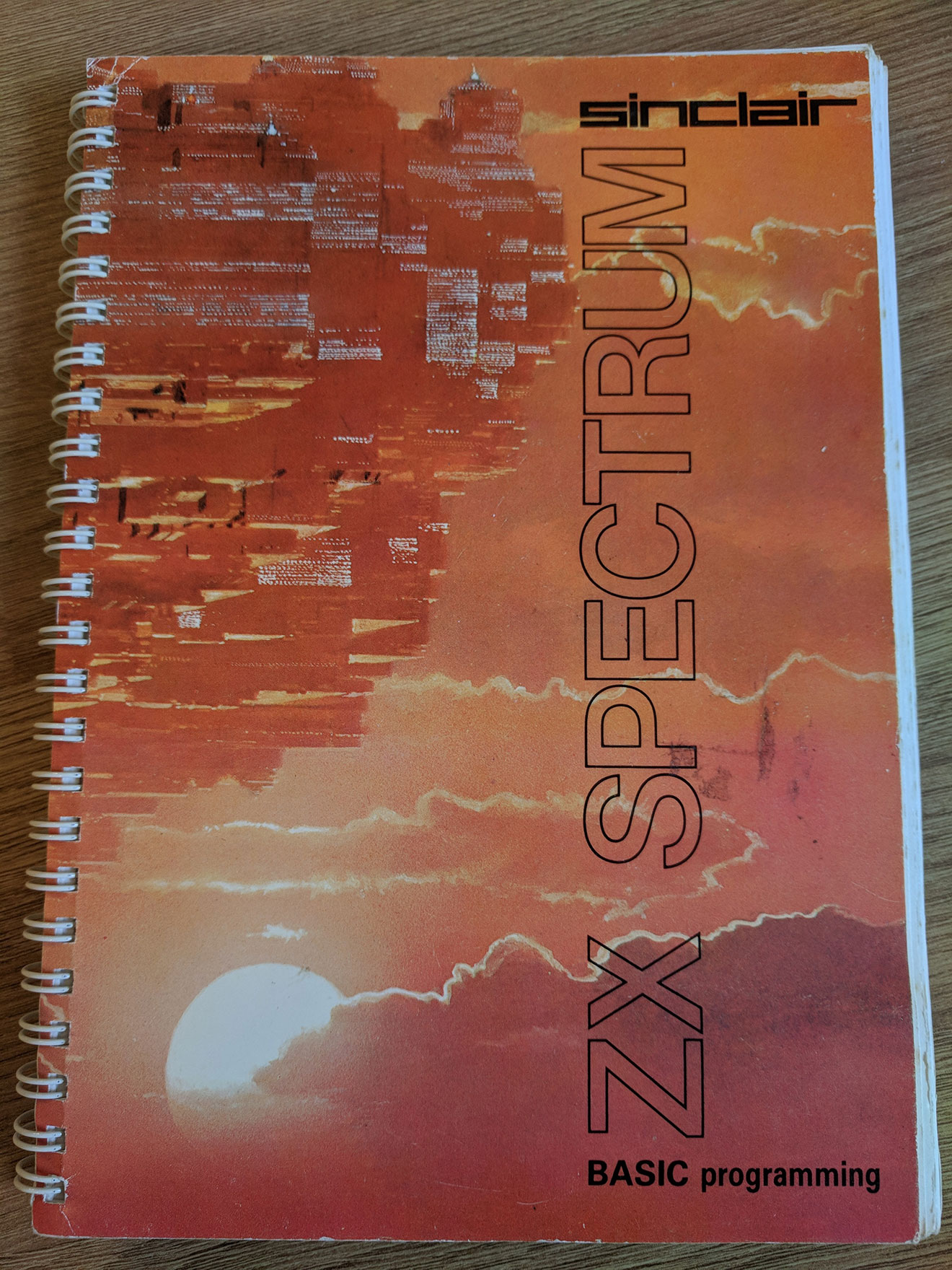 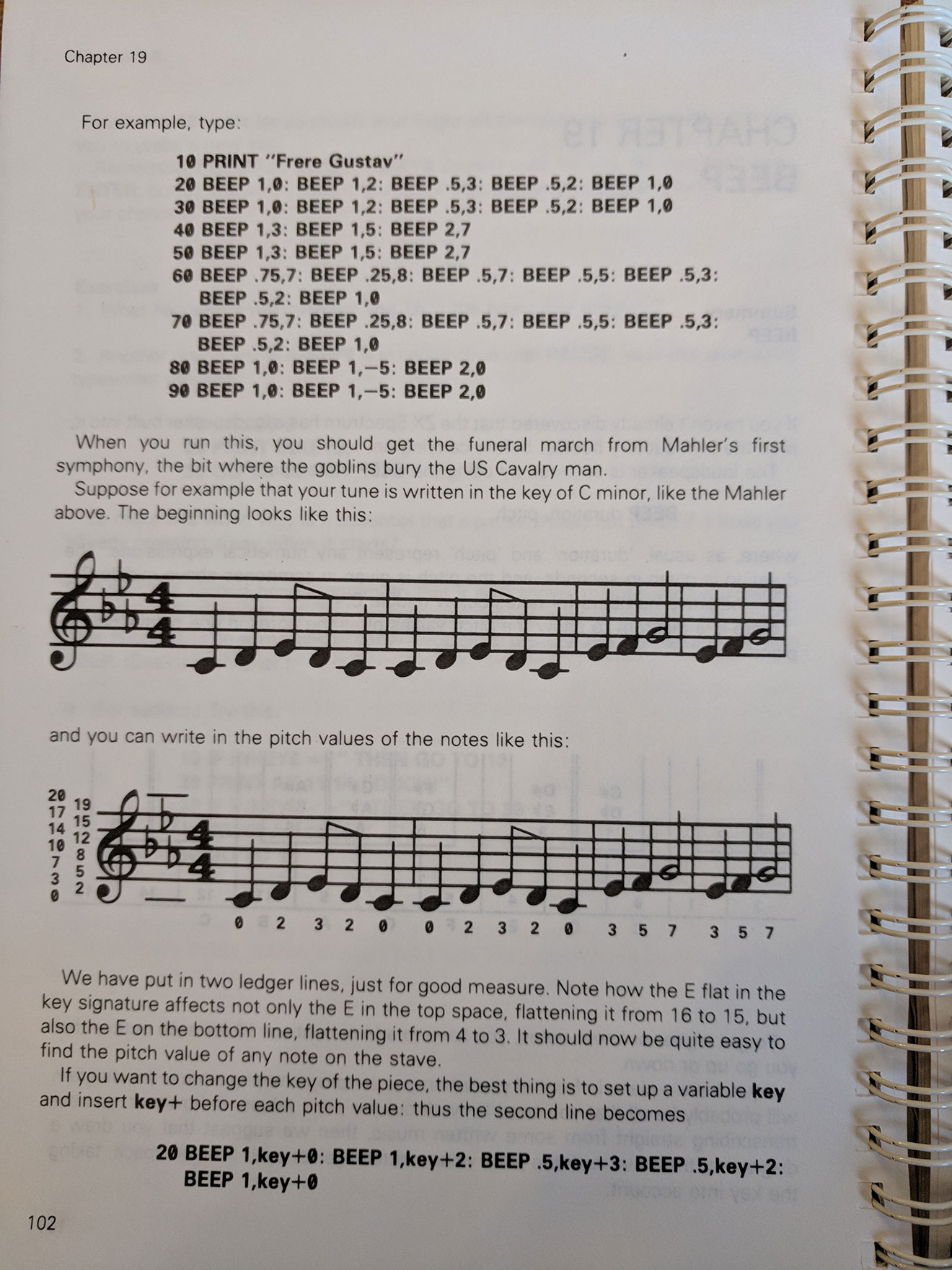 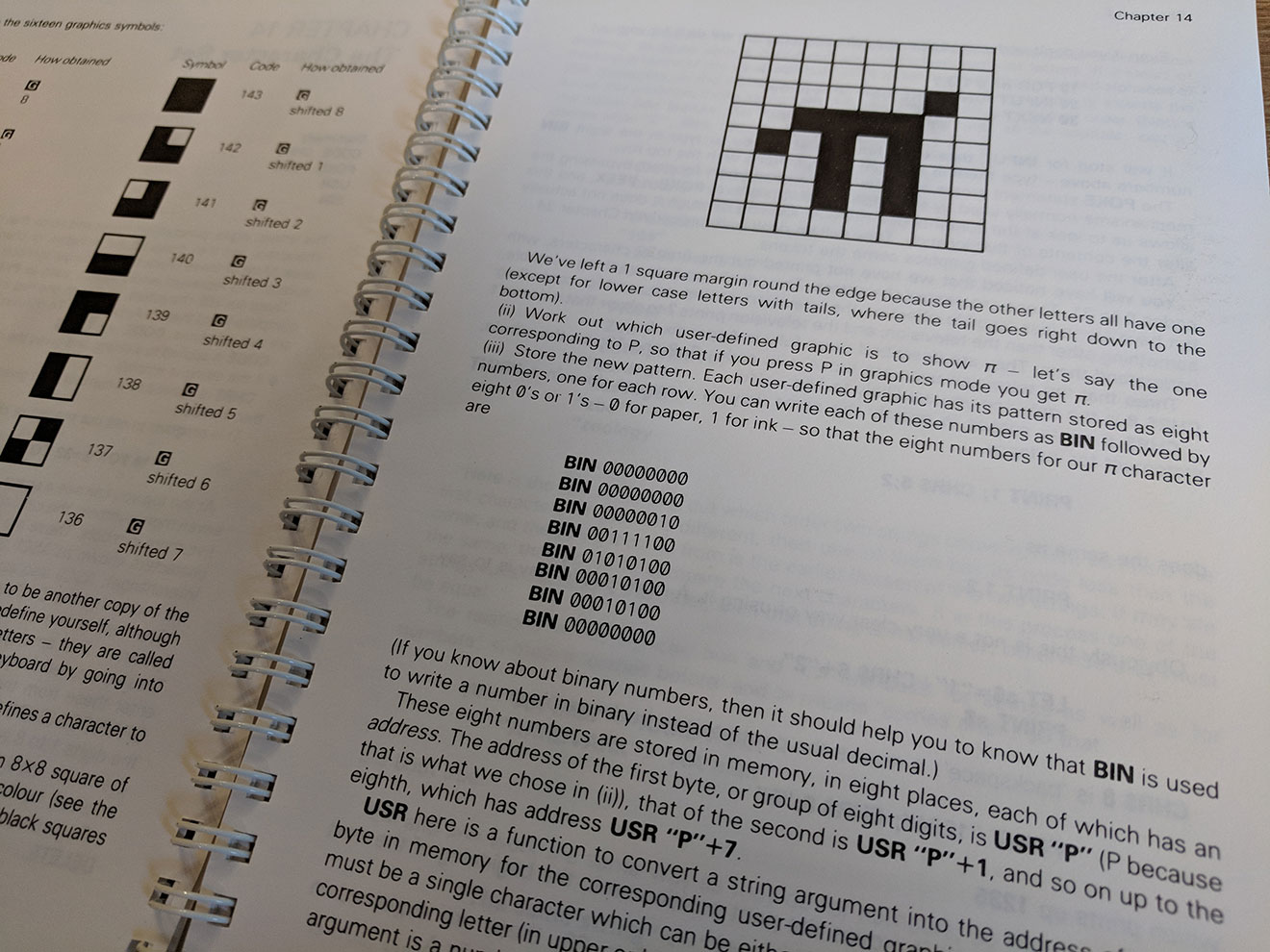 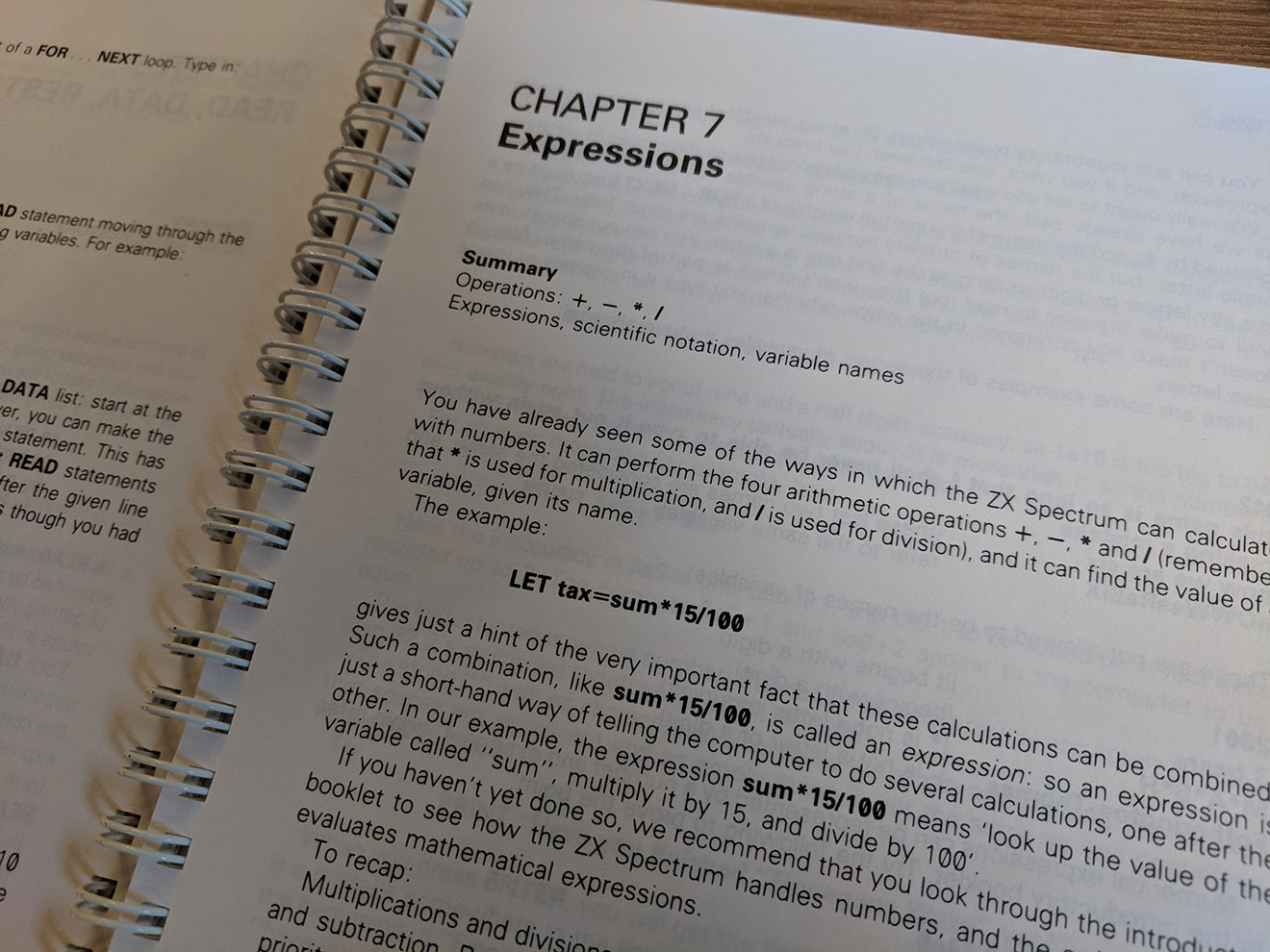 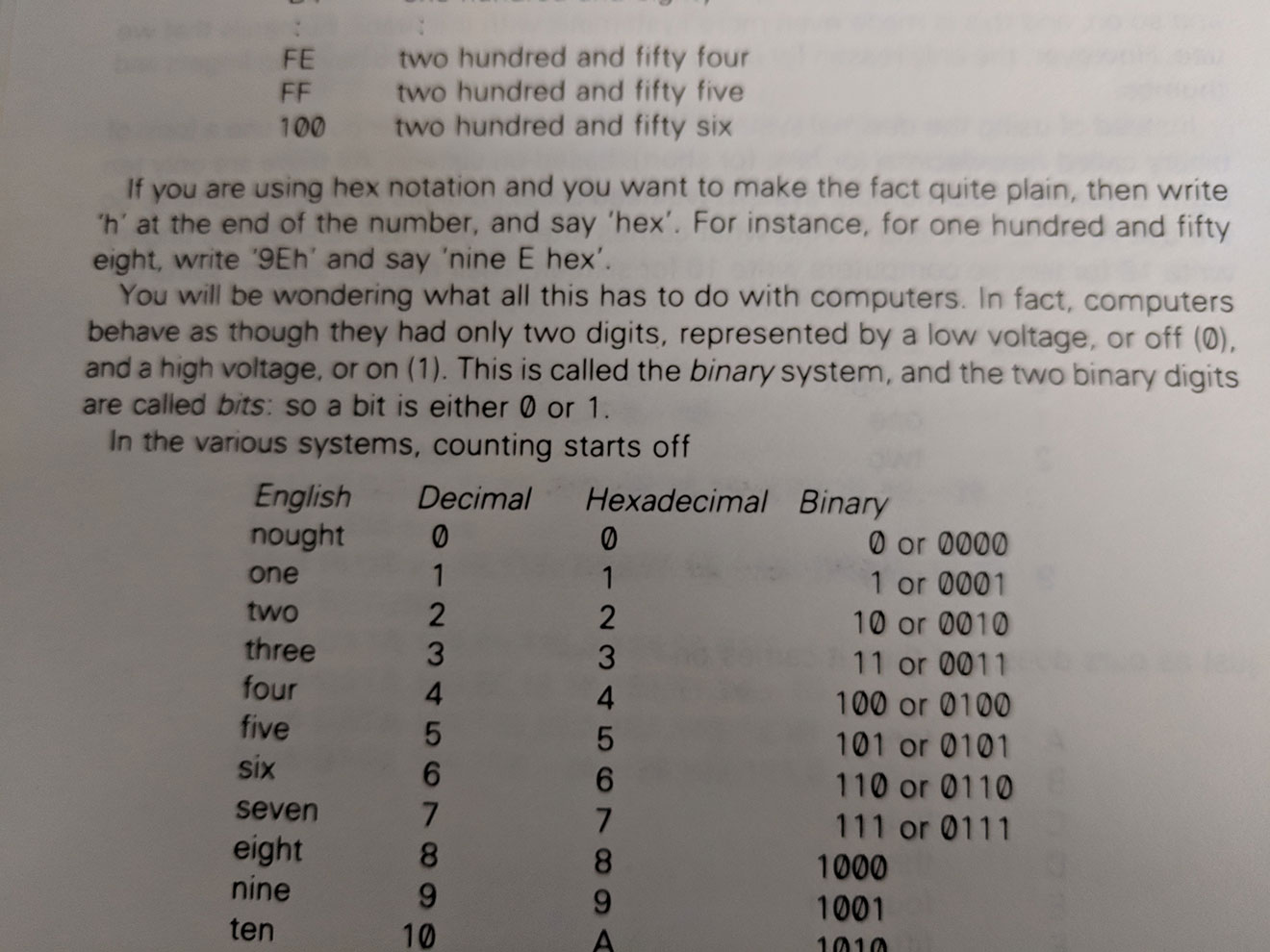 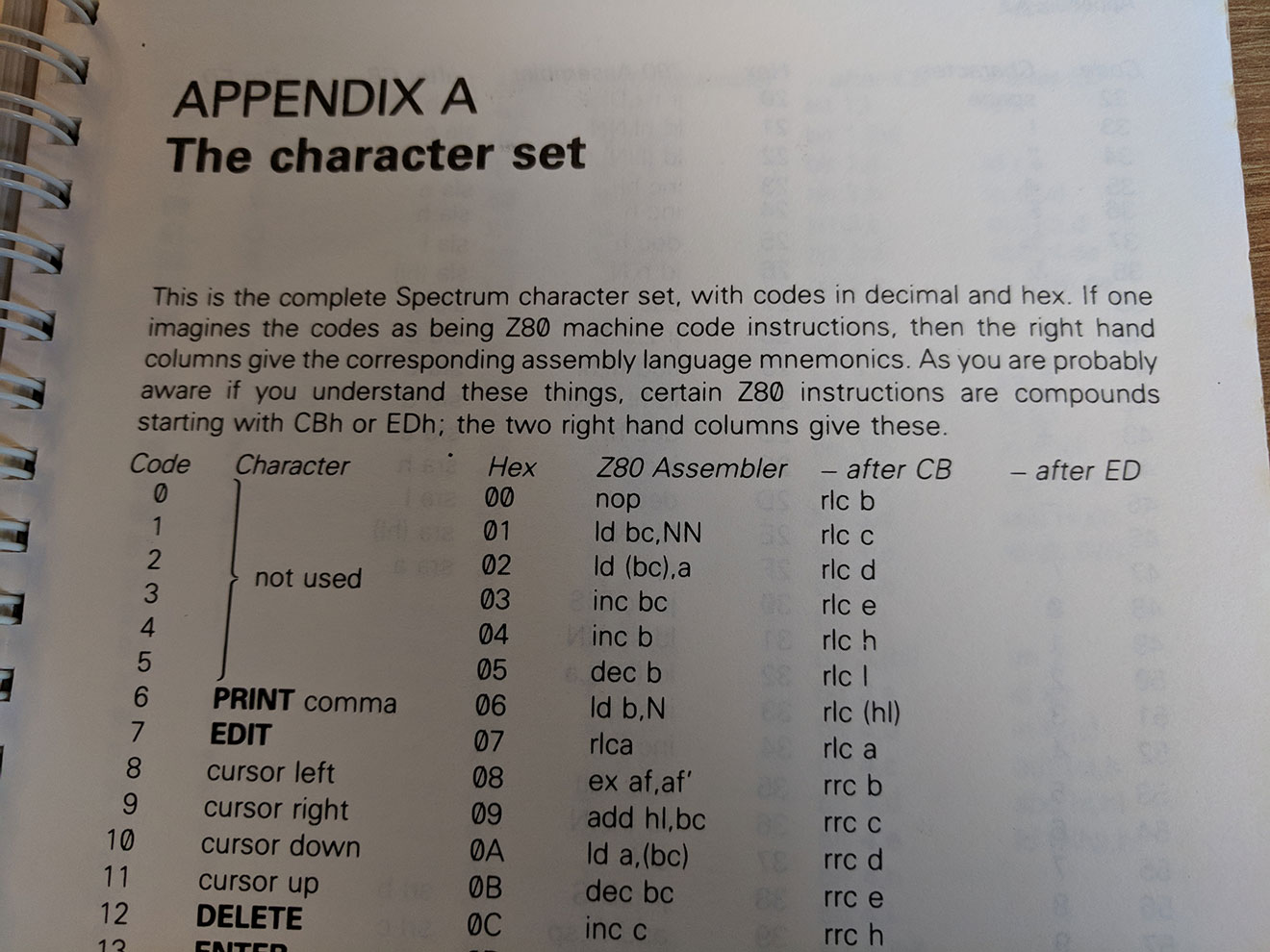 What I find so elegant about this book being provided to you, the consumer, and the Lego ideas on the back of the box, is that it was given to the consumer. The very act of owning the thing plants the seed that greater things can be done with this thing.

Today we have a ocean of knowledge at our fingertips with the internet, but more often than not, you'll be expected to swim out by yourself with no guide or direction. And frankly, it's a lot easier to sit on the shore and just tinker with the thing until the next shiny thing comes along.