Today I start the week after finishing a year long relationship with Snyk, and I wanted to mark permanently here, on my blog.

Since early July 2015 I've been working with Guy Podjarny on his security focused start up called Snyk ("so now you know"), and I finished last week. When you hear Guy say Snyk, it'll sound like "snik", but if you quiz him enough, you'll realise it's Snyk like "sneak", like "sneakers" - the security focused film staring Robert Redford.

The pitch, or as I saw it, is incredibly simple and appealing to developers like me:

Developers care about security, but don't have time. With Snyk, a developer can tell the service to monitor their project for any new vulnerabilities and the developer can carry on doing what they do.

Then, if, or rather when a vulnerability is disclosed for a dependency of the developer's project, they're notified by email with an easy remediation process.

Note that the pitch above is how I see Snyk.

I got to work on some really interesting, fun and challenging projects. Primarily my work was in the Snyk CLI tool but also worked on some clever real-time security modules and in the last few months added the ability to generate Github pull requests as remediation to your Github repos.

I'm incredibly proud to have been part of this product's journey and helping it to full launch, but more over the people I worked with will be the best part of the last year and the part that I will miss the most.

Johanna Kollmann is an absolutely superb product owner, it was great to finally work on a project with Anna Debenham (after sharing co-working coffee spaces many moons ago), and Guy was an excellent individual to work for: keen to move advance his product and ideas, whilst also keen to hear his team's input and their advice.

Finally, I'm going to miss the two co-founders based in Tel Aviv: Danny and Assaf. I visited Tel Aviv for the first time as part of this project, and I was completely blown away by their generosity and friendship.

I've been looking for what I thought was a photo, but actually turned out to be a moment that I witnessed that's very much burnt into my memory: during an evening stroll back to our Tel Aviv hotel, Assaf was walking with his arm around Danny, smiling and rubbing his shoulder. At first I assumed Danny was upset and Assaf was comforting him, but it was just simply that they were chatting and friends. That's probably my favourite moment from Snyk. I can only hope that I'm able to so openly share my affection towards my friends in the same way.

So, in this personal post, I bid farewell to the team, and wish Snyk the best of luck as it grows. And if you, my dear reader, wanted a change of scene for yourself focusing on JavaScript (and node), I know that they have team openings and I'd give Snyk a whole hearted recommendation.

Should you want to work with me, do get in touch. 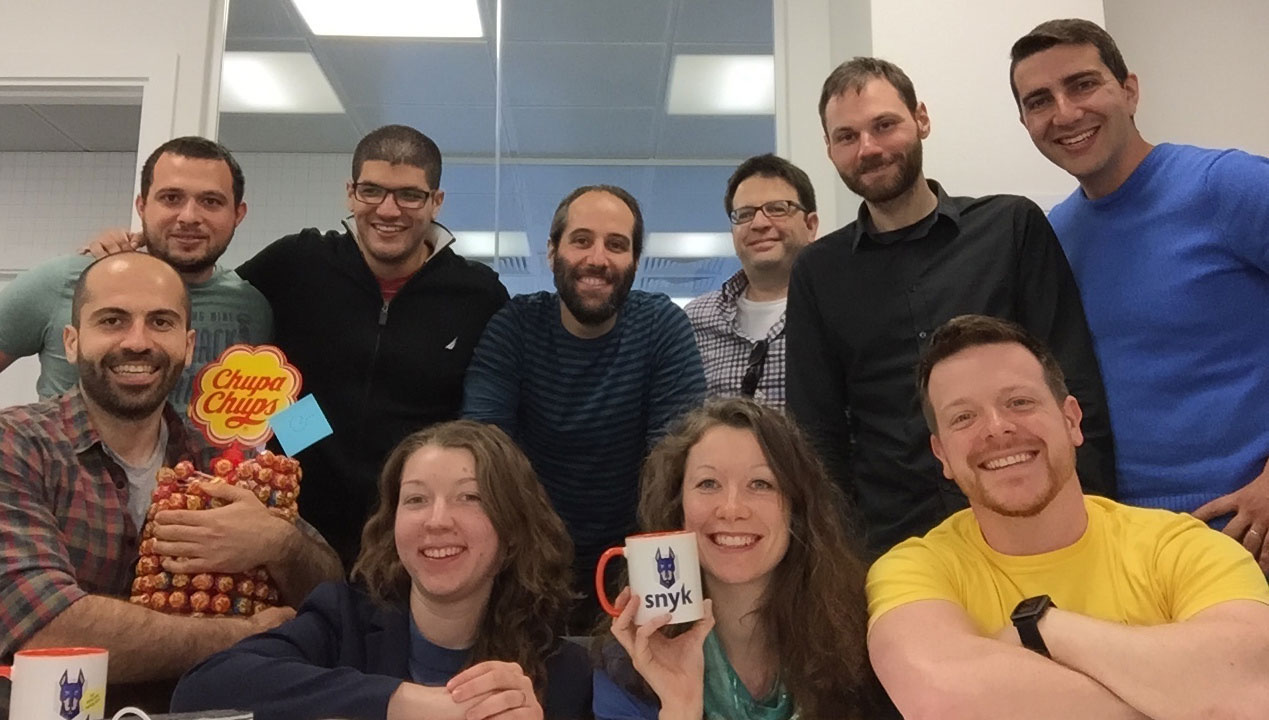