With the release of iOS 5, fixed positioned layout is said to be supported in MobileSafari.

The word supported needs to be taken with a pinch of salt, because there's all kinds of issues which I intend to show you in the following post.

Note that I have filed bugs for a number of these during the beta of iOS 5 - but god knows how the Radar Apple thing works, so I don't know the issue numbers.

I might have argued that fixed positioned doesn't matter or isn't really required in a good app. However, there's an increasing number of iOS apps I've noticed that are actually just a collection of WebViews (mini-MobileSafaris) with fixed position toolbars as seen in Apple's own AppStore app, the native Facebook app and Instagram below: 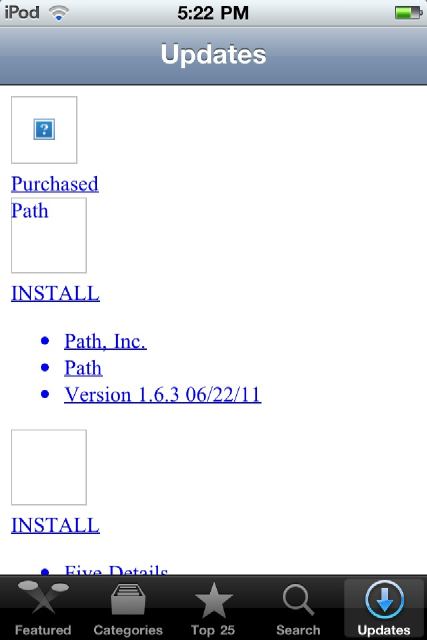 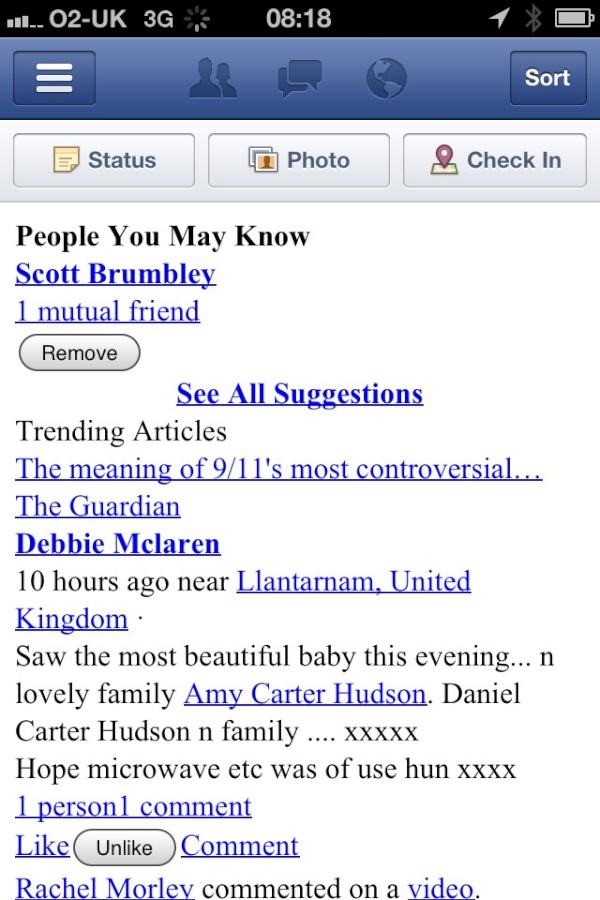 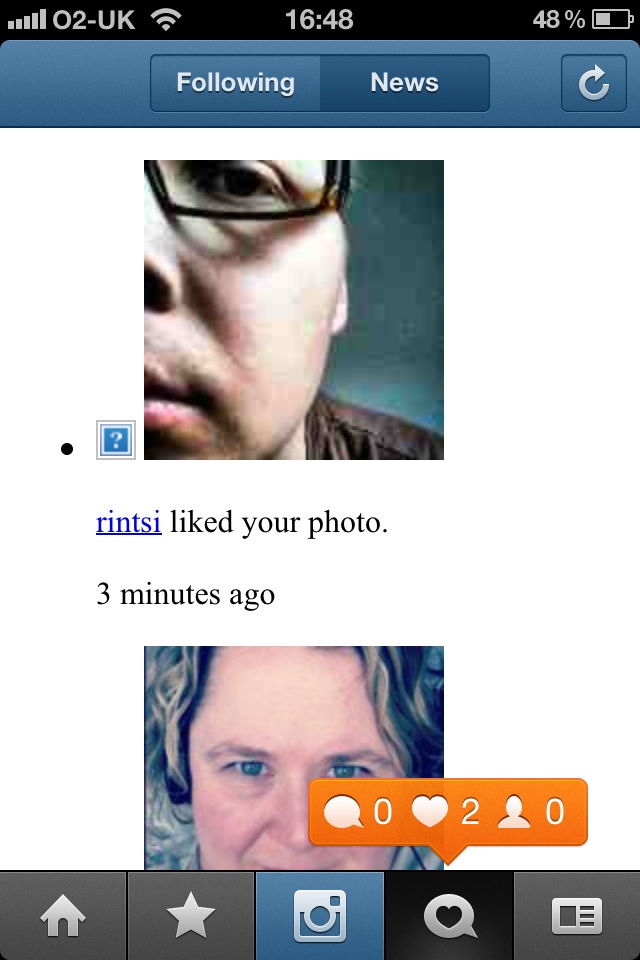 I've created a number of example pages that you can view for yourself, which are used in the following videos.

If you add position:fixed in any normal way as you might on a "desktop" site, you'll see some degree of juddering as the page scrolls.

Note that this is the simulator running, but I've also captured the real iPhone (using Reflection) showing the same behaviour.

No updated values on scroll

The sharp eyed viewer might have spotted some values changing in the video. I'm monitoring the window.scrollTop and window.pageYOffset (and another value which we'll look at later). You'll notice that the values don't change until the scroll has finished.

This is a problem if you want to monitor the page position to simulate effects like the bumping and shunting of category headings like you might see in the address book app.

If the page is zoomed at all, which you can get in iOS when the user rotates from portrait to landscape, as the user scrolls in any scale beyond 1 (i.e. zoomed), the position fixed element drifts upwards (I've seen this drift entirely out of view before in other sites):

If there's a focusable element inside the position fixed element, i.e. an input element, this can cause the entire fixed element to jump out of place. This will only happen if the user has scrolled any amount (but if you're using position:fixed you're expecting exactly that kind of usage).

Corey Dutson pointed out there's another issue with position fixed. Although his example show scrolling using JavaScript, the core problem is: if the page moves programatically (i.e. the user didn't cause the scroll) the elements inside the fix element are unavailable.

From the screencast I've recorded you can see using iWebInspector that although MobileSafari has painted the fixed element in place, it's actually not there - the actual element remains in place until you touch and move the page again.

I don't have a fix for this yet, and I suspect it's a core painting issue inside of MobileSafari - but I will keep playing to see if there's something that can be done.

With iOS 5, MobileSafari also came with -webkit-overflow-scrolling: touch. This is actually intended for inline blocks of content to the page (I mean inline with respect to the document).

If I change the CSS in my previous example, and set the height of my html, body and content block to 100%, then apply the scrolling touch property to the content, the juddering goes away. However, that alone does not fix the juddering.

The trick would seem to be: make sure your fixed position element is not on a "moving canvas". This example has the fixed element over a scrolling element, but not inside of it.

So when I tried to apply this technique to the body element, the juddering was still visible, as the fixed element was inside the scrolling element.

I also captured this on the real device too.

Getting scroll position to update

Again, those keen eyes might have spotted values are moving again. Note that as I've changed the CSS the body is no longer scrolling, so the 0 values on the left and right are window.scrollTop and window.pageYOffset respectively. Since the window isn't scrolling, the content block is in an overflow, the values won't change.

However, the content.scrollX value is changing - but it doesn't by default.

Firstly, you have to attach any touch event handler to get this value to update as the user is scrolling (or actually touching), so in JavaScript I can add:

The touch event will work with start, end and move, and just needs a value set (note that I didn't test just setting it to true - that might work too!).

However, it's still not perfect. You'll see from the video above, that it only updated whilst I'm touching. As soon as I let go during a swipe to scroll, the momentum makes the page continue to scroll, but the value doesn't update.

I've yet to work out if it's even possible to capture this value. ::sigh::

Don't use position:fixed inside a scrolling element, it's juddery and looks rubbish (I've seen much worse than the juddering shown in the videos). Do make use of -webkit-overflow-scrolling: touch and if you want the scroll values, make sure you attach a touch handler to that scrolling element.

At the same time: make this work in other mobile browsers too - don't just cater to Apple. It's a huge headache that Apple have half arsed-ed-ly fixed the position:fixed issue and done in a typically Microsoft proprietory way.